Campaign groups have described the move as a key moment in the debate over the long-term health impact of contact sports.

The US National Institute of Health (NIH), rewrote its official guidance on the dangers of repetitive head impacts after research published in July by Harvard University, Oxford Brookes University and 11 other academic institutions, alongside analysis from the Concussion Legacy Foundation.

That report found “conclusive evidence” that the progressive brain disease can be linked to sub-concussive blows such as heading or tackling. Its authors called for “aggressive CTE mitigation programs, especially for children”.

A type of dementia, CTE can lead to dramatic changes in mood, behaviour, and cognition. It is incurable.

“Sport governing bodies should not mislead the public on CTE causation while athletes die and families are destroyed by this terrible disease,” said lead author Dr Chris Nowinski.

CTE was first discovered by Dr Bennet Omalu in the brain of Hall of Fame NFL player Mike Webster, who played for the Pittsburgh Steelers between 1974 and 1988. In 2011, the NFL paid a group of players $1billion as part of a class action lawsuit.

Boston University researchers have previously found evidence of CTE in 99 per cent of brains of former NFL players studied. Dozens of former NHL players have also been posthumously diagnosed with the disease.

Head injuries have also been under the microscope in the NFL this season after the controversy surrounding Miami Dolphins quarterback Tua Tagovailoa, who suffered a severe concussion against the Cincinnati Bengals earlier this month after appearing to suffer a head injury against the Buffalo Bills four days previously. The league’s concussion protocols were subsequently changed.

In football specifically, heading has been linked to dementia, with a study showing ex-professional Scottish footballers born between 1900 and 1976 were three-and-a-half times more likely to have the disease as a cause of death.

In 2002, a coroner found that heading was responsible for the death of former West Bromwich Albion striker Jeff Astle — recording a verdict of “death by industrial disease”. Five of England’s 1966 World Cup-winning team have been diagnosed with dementia, with four dying of the disease.

In July, The Athletic revealed that the FA is to trial the removal of heading at all age groups under the age of 12. At the start of the 2021-22 season, the FA also introduced guidance limiting professional players to 10 high-force headers in training per week.

Concussion substitutes were introduced to the Premier League in February 2021, allowing a player with a suspected brain injury to be replaced without the club suffering a numerical disadvantage.

However, in June, The Athletic revealed the FA had no plans to follow rugby union in changing concussion laws to ensure players had a minimum 12-day stand-down, despite pressure from the PFA. 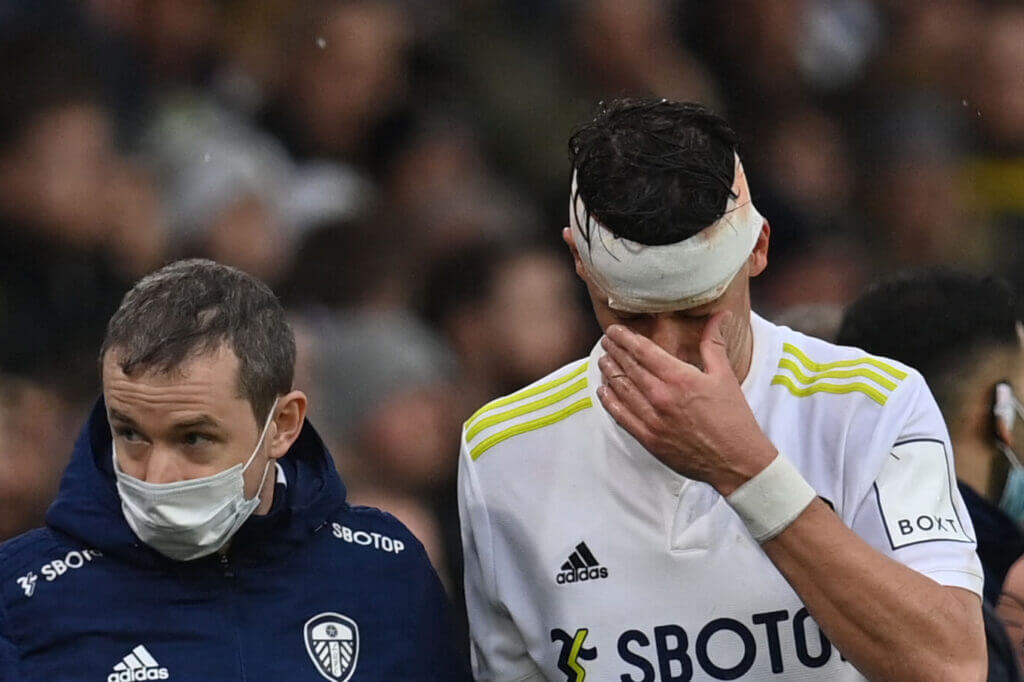 Concussion, the ‘invisible injury’: What are the rules in football and what should be done?