Program scheduled to stream on Facebook on Wednesday, June 1, at 8:00 p.m.

Louisville – The bipartisan Metro Council Women’s Caucus will host a webinar with the Louisville Metro Department of Public Health and Wellness (LMPHW) to discuss maternal and child health disparities in Louisville.

Louisville has significant racial disparities in infant and maternal health outcomes. The maternal mortality rate for the city is more than two times higher for Black women than for white women.

“Let’s not forget that behind these numbers are real-life stories of those who are traumatized by the outcomes,” said Jan Rogers, maternal child health coordinator at the Center for Health Equity at LMPHW. “Something must be done to change this narrative. We should begin by inviting those with lived experiences to the table, allowing them to be part of the decision-making process. I believe their input is key in leading the way to true change.”

Moreover, Black babies in Louisville are also more likely to experience negative health outcomes than are white infants. Nearly 15% of Black infants are born with low birthweight, and 14% are born preterm. These numbers are higher than any other racial group.

“I want to live in a community where every child and mom has what they need to be healthy,” said Cassie Chambers Armstrong (D-8), Women’s Caucus Co-Chair. “Louisville is currently failing at that goal. We must invest more in moms and kids, particularly in Black and brown communities. It’s a matter of equity, morality, and commonsense.”

The webinar will also discuss the root causes of the health inequities impacting mothers and children in Louisville. The presentation from LMPHW will include suggestions for how to take action and make an impact.

“There’s no dancing around the issue: Maternal and child mortality due to ethnic disparities is prevalent among Black and brown mothers and infants in Kentucky,” said Councilwoman Paula McCraney (D-7), Women’s Caucus Co-Chair. “Unfortunately, research spanning the last 30 to 50 years shows these disparities have remained consistent for generations. I will continue partnering with agencies, organizations, and corporations until this issue is adequately addressed and all people, especially Black, Indigenous, and People of Color, are able to achieve reproductive well-being through access to high quality, patient-centered family planning services without prejudice and financial barriers.” 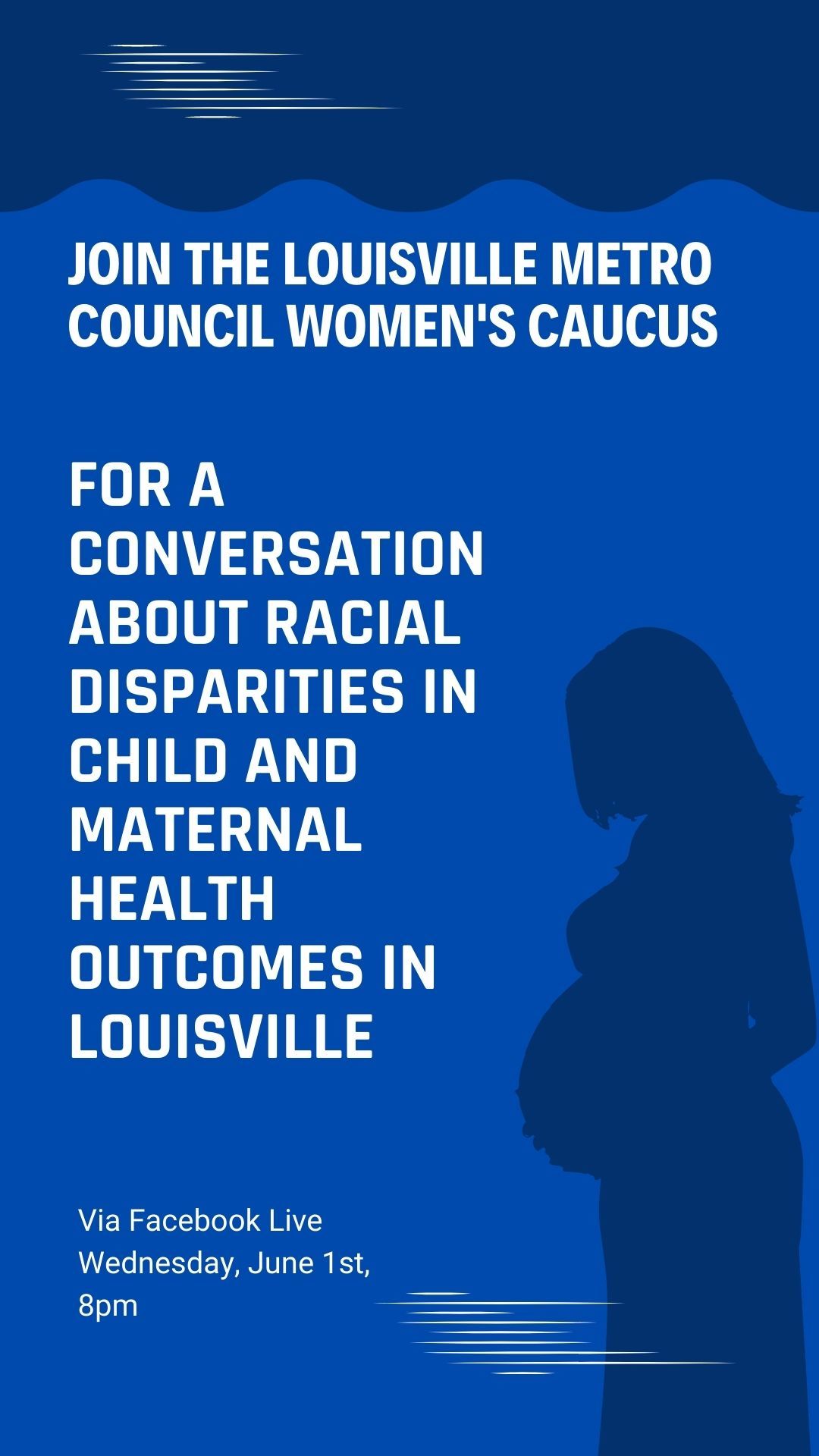