I have met many people who always ask the question, “why am I so indecisive?” Indecision is a deal breaker when it comes to your career. As a worker, you will eventually need to start making proper decisions in your workplace.

It’s not always healthy to try to put the decision making in the hands of someone else, especially when you were specifically asked for one. It might look harmless, like it’s nothing big to worry about, but it’s only destroying your career slowly. We can prove the root of the question “why am I so indecisive?” is hurting your career gradually.

How indecision is destroying your career

Indecision comes as a result of the fear of making a mistake, which only harms your growth in the workplace. You can’t grow when you have the mindset that you don’t want to make any decisions that will hurt your career or make people see you as a failure. It stops you from making and learning from mistakes.

It gives off a lack of creativity vibe

When you are indecisive, it doesn’t speak well to your employers. They start to feel like you can’t be given a task because you won’t put your creativity to the test. These impressions end up tarnishing your career at some point. 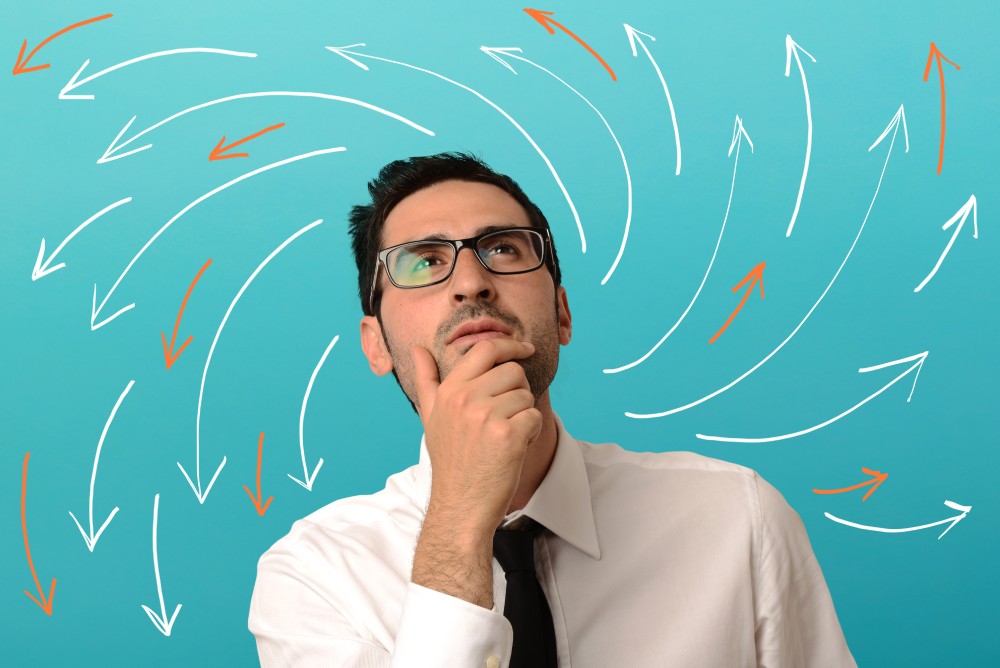 Indecisiveness is a deal breaker for your job.

No one will want to consider giving a promotion to a person who is indecisive and hardly makes any contribution to the growth of the company. You won’t be given such opportunities because you have proved that you can handle and make decisions that can benefit your company.

What is the root cause of indecisiveness?

After discussing the ways indecisiveness hurts your career, you might be wondering why you could be feeling indecisive at work. It’s not just you. Many people ask this similar question “why am I so indecisive?” We will provide the possible answers to these questions.

The fear of making mistakes and then failing makes a lot of people very indecisive. They don’t want to take any risks that could affect them somehow in their careers. However, it’s not healthy for you as growth can only take place when you make those mistakes. It doesn’t matter at all because we are human beings and we tend to make mistakes once in a while, but what is important is that you learn from why you are feeling indecisive at work and correct yourself.

This feeling makes people underrate themselves to the extent that they feel their decisions are not worth it or important to the company. It is called impostor syndrome. You would prefer to make no decisions because you don’t think you are good enough to do that.

The first could be the tiredness from making decisions all day that you get to the point where you don’t think you can make them anymore. It is a psychology topic and should be studied carefully.

How do you overcome extreme indecisiveness?

Now that we have looked at what causes indecisiveness, what could be the methods to stop yourself from asking the question, “why am I so indecisive?” Let’s have a look at some of them.

There’s always a gut feeling that tends to push us into making certain decisions. In fact, these feelings are usually right most of the time. We’ll advise that you trust yourself to the extent that you are confident that you can make a decision that can aid the growth of your company.

Fight your fears by taking risks

Put off every atom of fear at the back of your mind, or better still, remove it totally to stop feeling indecisive at work. You should accept that you can only learn by making mistakes and taking risks. It is the best way to improve growth. Don’t be afraid to take risks when it comes to decision making. Instead, fight those fears and believe in your decisions.

In a worst-case scenario, our decisions might not always end up being correct, and that is okay. However, we advise that you don’t dwell on what could happen if you make the wrong decision. Instead, focus on what you could do to make it a less worse scenario.

You have to fight the question of “why am I so indecisive?” that pops up in your head all the time. We have discussed what causes indecisiveness so you can understand what the root of your problem could be. We’ve also provided some methods that can be used to overcome them.