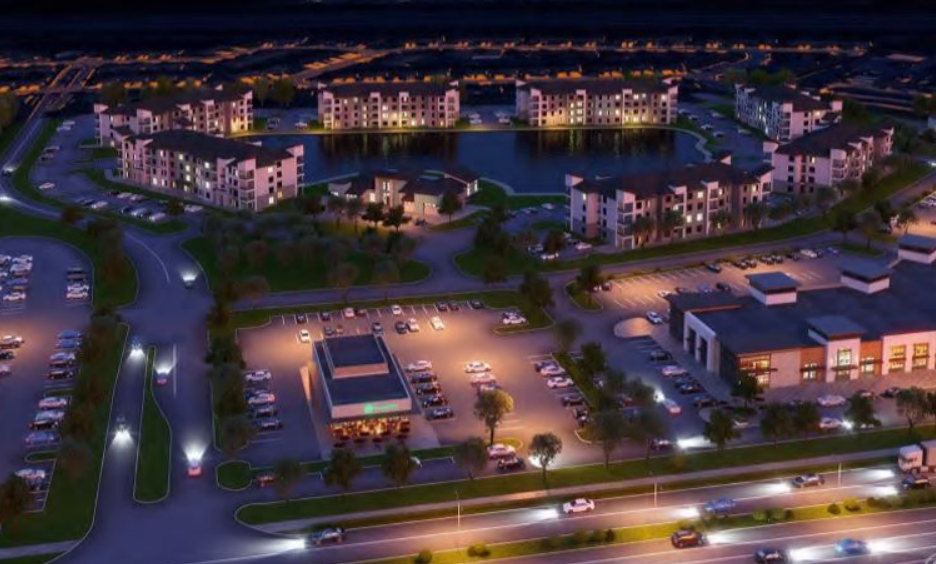 VCU Health looks to be among the anchors of a sizable upcoming mixed-use development in Chesterfield, according to county documents.

Though not part of the previous vision for the proposed Courthouse Landing, recent filings show VCU Health now has plans for an outpatient facility and offices at the 122-acre development.

Courthouse Landing, which would be built on undeveloped land southeast of the interchange of Route 288 and Iron Bridge Road near Chester, is a joint venture between Florida-based Dunphy Properties and Atlanta-based Shuler Properties. It would feature commercial space, residential units, a hotel and other uses.

VCU Health’s expected involvement was disclosed last month in an amended grant agreement between the county Economic Development Authority and the developer. The Chesterfield Board of Supervisors approved the revised agreement, which calls for an incremental tax break for the developer over time if certain conditions are met.

center and medical office complex that will be owned and operated by VCU Health,” a staff memo stated, in reference to the revised grant. “Such a facility is a tremendous resource for this portion of the county and a strong anchor to the overall development.”

The proposed outpatient facility would further expand VCU Health’s presence in Chesterfield, where it currently has a primary care office, an orthopedic clinic and other facilities.

VCU Health is expected to buy a portion of the project site for its Courthouse Landing facilities, the memo shows. Additional details about VCU Health’s plans were unavailable. A VCU Health spokeswoman declined to comment last week.

“At this time, we don’t have details to share,” the spokeswoman said in an email.

The plan for Courthouse Landing has been tweaked since it was initially introduced and is now expected to feature 150,000 square feet of retail space, though Dunphy said the final number may yet be tweaked upward. He said the project’s construction and land acquisition costs are now expected to be more than $220 million.

The project was previously expected to feature 300 townhomes and condos, but Dunphy said last week that number has been whittled down to under 100 units.

The development’s planned hotel is now expected to have 110 rooms. The project is also expected to include 300 apartments and 115,000 square feet of self-storage space. Office square footage is expected to be part of the project, but the final number is being reevaluated, Dunphy said.

Dunphy said a deal to acquire the project site, which consists of multiple parcels owned by either the county or WSWL Properties LLC, is expected to close in June. The project is also expected to break ground next month. A rezoning of the site was approved two years ago.

The staff memo stated that the county is pledging that the proceeds from the sale of its portion of the land will be used to begin the extension of Courthouse Road.

As to the grant agreement with the EDA, the developer is expected to get a break on new real estate and sales taxes created by the project up to $14.4 million. That threshold was initially set at $8.4 million but was increased due to VCU being brought on as an anchor.

The developer agrees to create that level of new tax revenue within eight years after the first certificate of occupancy is issued for the project. The grant agreement also requires the developers to invest at least $118 million into the project.