The Aprilia rider came into the 27-lap race at Ricardo Tormo equal on points with Gresini’s Enea Bastianini and had qualified three places ahead of the Italian in 10th.

But an engine issue from the off dropped Espargaro to last and forced him to pull out of the race at the end of the fourth lap.

This marked Espargaro’s first DNF of the 2022 season, but was left crushed by the fact he was unable to fight for his “dream” third place in the standings on the Aprilia.

“It has been a very disappointing end to the season,” he said.

“I gave everything, for me it was really a dream to fight for third place in the championship, last night I could not sleep, I knew I had a good chance because I was fast and Enea was not so fast, so I had a good chance despite how the last races had gone.

“However, the engine failed, I had to retire and it’s a shame. I don’t know what happened, I think it’s the worst day of my sporting career without any doubt.

“So, I don’t know, the engine has broken, I don’t know the reason, but that changes very little what I feel at the moment.” 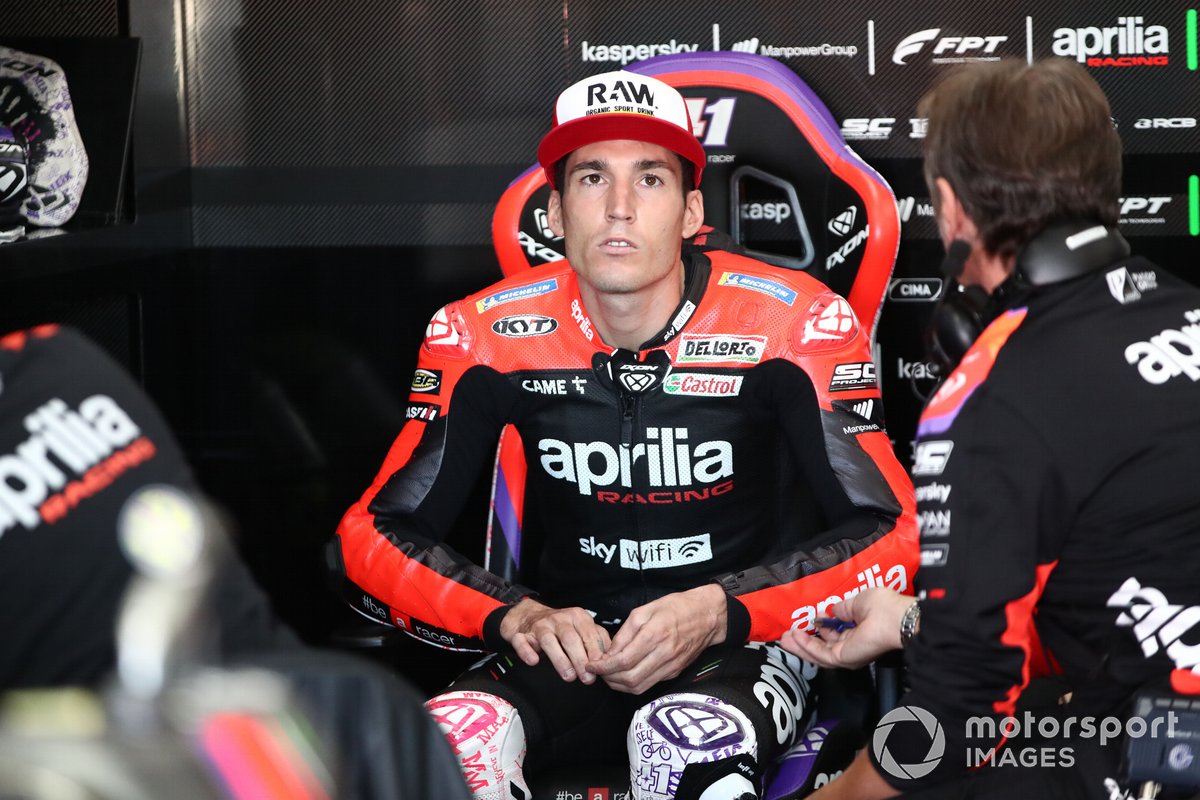 Espargaro took a maiden victory in MotoGP earlier this year in Argentina for both himself and Aprilia, while five other podiums kept him in the championship hunt through to the penultimate round of the campaign.

Looking back over his season, Espargaro is still “proud” of what he has achieved.

“I’m proud of what we achieved this year, how we improved,” he added.

“Nobody believed last year I could achieve a podium, I did it. I don’t think anybody after last year believed that I could win, make pole positions, a lot of podiums, fight for the title as well.

“I’m really proud of how I ride during the season, I gave my best, I made no mistakes during the year which is very difficult with 21 races.

“I never crashed, I never went off track. Sometimes there is nothing more you can do.”