Rat infestation is a growing public and health issue across the United States.

Conventional pest control methods in the past, such as poisons and traps, have been considered to be only a temporary solution rather than a holistic approach to addressing the increasing rat population.

In the pest control industry, recent developments have led to the emergence of “ContraPest,” a new method relating to birth control technology.

It has been reported to mitigate or prohibit the reproduction of rats.

In its early phase, the novel innovation addresses the challenges of rapid rat reproduction previously faced by pest control companies. 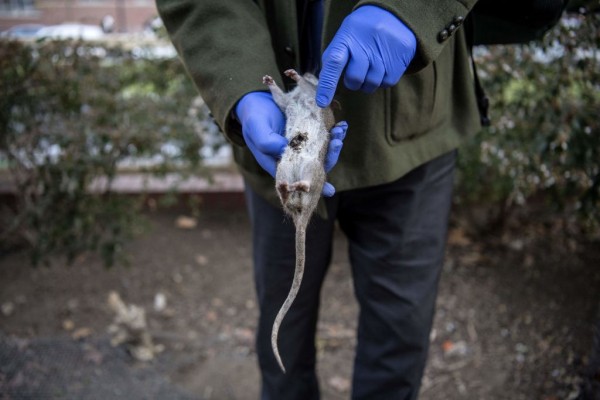 A company called SenesTech has been producing ContraPest, which is reportedly the only fertility control for rats approved by the Environmental Protection Agency (EPA).

According to the company’s CEO Ken Siegel, it is like a “milk shake” for rats.

It contains a liquid formulation that rats need to consume around 10% of their body weight each day for the birth-control method to take effect, as cited by Fox News.

Unlike birth control pills and other contraceptives for humans, ContraPest content affect both sexes among the rat populace.

Siegel added that they are deployed in traditional bait boxes, causing egg loss for female rats and hindering sperm development in male rats.

In the US alone, rat infestation and its associated diseases have significantly increased over the years, becoming not only as a nuisance but also a threat to human health.

A flourishing rat population in the country has affected both rural and urban areas.

According to the US Census Bureau in April 2021, residents of 14.8 million households across the country have reported seeing rodents in the past 12 months.

The bureau emphasized pest problem has become a commonplace in housing units nationwide.

However, it specified this is prevalent among homes and residential areas with structural problems, as well as water leaks.

In metropolitan areas, food establishments such as restaurants have seen multiple cases relating to rat problems and have been a subject of strict health protocols by the US government.

At risk of contaminated food, the US food safety system is governed by the following agencies, according to the National Academic Press:

In October 2021, US pest control company Orkin has issued its “Top 50 Rattiest Cities List” that indicated the cities across the country with the highest rat population with a presence that include both residential and commercial establishments.

The company stated food and water resources attract rodents; this has been evident when urban residents returned to their city homes following the COVID-19 outbreak in March 2020.


© 2022 NatureWorldNews.com All rights reserved. Do not reproduce without permission.