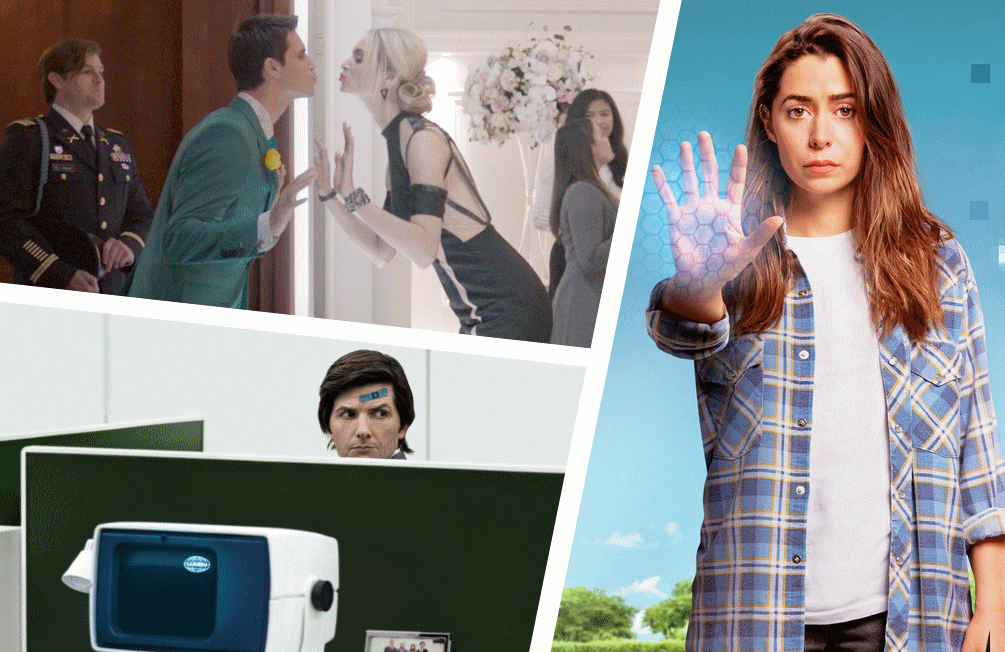 In the second episode of Gossip Girl, Serena van der Woodsen responds to online attacks by throwing her cell phone into a trash can on the streets of Manhattan. A normal person might have blocked some numbers and deleted some texts, but Serena was more thorough. The moment got laughs when it aired in 2007 and again when it went viral last year. But maybe Serena was more prescient than we give her credit for: Nothing ages a show faster than its technology, so it’s probably best to get rid of the stuff before it’s obsolete.

TV creators and prop departments know by now that today’s latest version is tomorrow’s clunky embarrassment, so the use of on-screen tech almost always says something more than just “these products are trendy.” Often it serves as a window into a show’s entire personality.

Sometimes new technology is part of the joke. On Season 2 of Hulu’s The Great, forward-thinking Empress Catherine (Elle Fanning) is delighted to host an international science fair, where she and her court investigate the offerings on hand. They watch demonstrations of forceps and velcro, and they listen to one inventor proudly explain the stapler. Catherine narrows her eyes. “And that’s it?” she asks. We might laugh at the mundanity of the invention — has anyone ever contemplated the pitch for a stapler? — but for the characters in the coup-riddled world of The Great, what’s laughable is the idea that anyone would care to design a method of holding pieces of paper together.

The premise of Prime Video’s Upload is also initially played for laughs. In the future-set series, the world has embraced a virtual afterlife where the souls of the dying are uploaded into a man-made, sometimes glitchy virtual paradise. If you can afford to pay for it, that is. As the show progresses, Nathan (Robbie Amell) begins to question what it means to be trapped at what is basically a country club resort, with only occasional video calls to his still-living loved ones. By the second season, the series more closely examines the encroachment of technology on our quality of life, as well as the wealth disparity that allows some to live on in luxury — new outfits are just an in-app purchase away! — while others wait months to “recharge” and continue their afterlife.

That sense of stifling perfection is played to a fare thee well on HBO Max’s Made for Love, in which tech entrepreneur Byron (Billy Magnusson) has created a sunny, luxurious virtual reality for his wife Hazel (Cristin Milioti). However, a decade of regular sex, daily naps, and perennially blue skies starts to feel mundane, and after she discovers that Byron has implanted a chip in her brain to track her movements and feelings, she manages a risky escape. By the first season’s end, they’ve reached an uneasy compromise that suggests a new set of problems is about to emerge.

Both of these shows take our obsession with life hacking to its natural extreme. Meanwhile, on Apple TV’s dystopian workplace series Severance, viewers are immediately unsettled by the deliberately retro technology at Lumon Enterprises. The data refinery team is seated at boxy computers with the green glow of the 80s, and the outdated software looks like it would have been useless in the Reagan era, let alone now. The out-of-time aspect of the office, coupled with the mysterious work being done, creates a creeping sense of dread. As the place seems more and more like a CIA black site, we’re left to wonder: What possible work could be done on computers like these? And for what purpose?

These questions wouldn’t feel nearly as strange if everyone used high-tech gadgets. And they’re certainly more potent because, like so many series, Severance understands technology’s metaphorical power.

Mark Peikert has served as editor-in-chief of Playbill, Backstage, and New York Press, and has written for Rolling Stone, Town & Country, and Out Magazine, among others. Read more of his writing at markpeikert.com.