The Oklahoma Sooners haven’t made the College Football Playoff since 2019, but all that could change if projections from CBS Sports come to fruition.

In Jerry Palm’s latest bowl projections for the 2022 season, he has the Oklahoma Sooners headed to the Peach Bowl as the No. 4 seed to face top-seeded Alabama in the College Football Playoff.

Oklahoma is projected to be the No. 4 seed as Alabama’s opponent at the Peach Bowl semifinal in Atlanta. The Sooners’ streak of six consecutive conference championships came to an end last season as OU lost on the road at Baylor, the eventual champion, and Oklahoma State. Coach Brett Venables replaces Lincoln Riley, who took off for USC and brought some players with him; however, the cupboard is far from bare at OU. It will be a stiff challenge getting back to the top of the league, but this season, the Sooners get the Bears and Cowboys at home.

As we saw in 2021, there are few gimmes in the Big 12 conference. In a league that’s beginning to take on more of a defensive mindset, the Sooners will be tested from week three to the Big 12 championship game.

If they’re able to make the playoff to face the Crimson Tide, it will be no easy task for the Sooners. Led by 2021 Heisman trophy winner Bryce Young, Alabama is again loaded.

The other two teams projected to make the CFP are Ohio State and Georgia.

It’s a new day in Norman. Brent Venables has reinvigorated the fan base and provided new energy inside the program. To make the College Football Playoff, Oklahoma will have to stay focused week to week and not look past anyone. Based on what we know about Brent Venables and his coaching staff, it seems unlikely that Oklahoma will get too high on itself or look ahead.

Brent Venables knows what it takes to build and sustain success in college football and there’s no doubt he’ll do that in Norman. 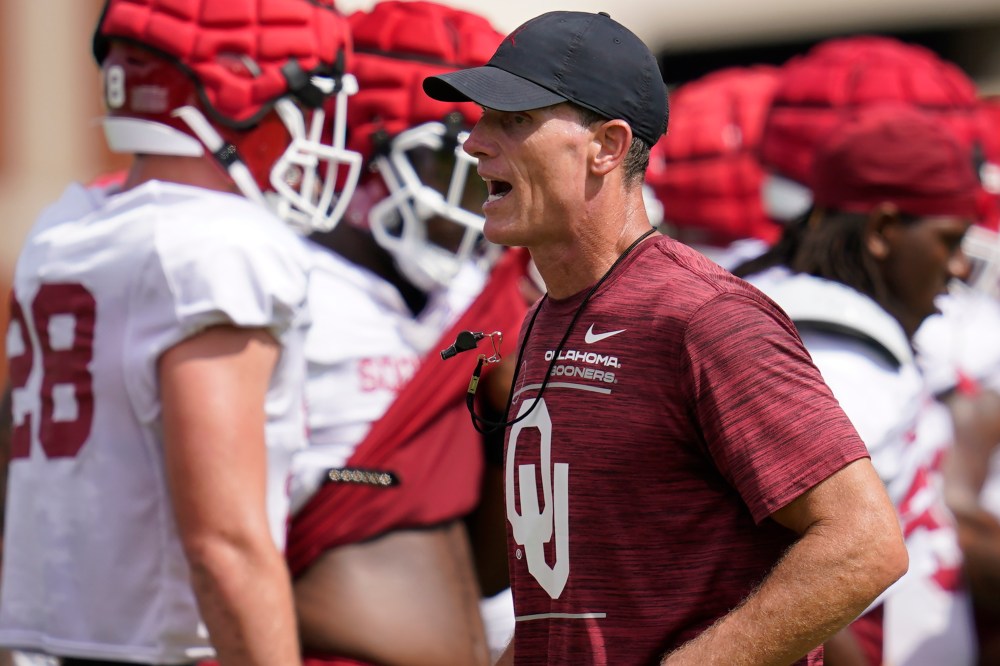