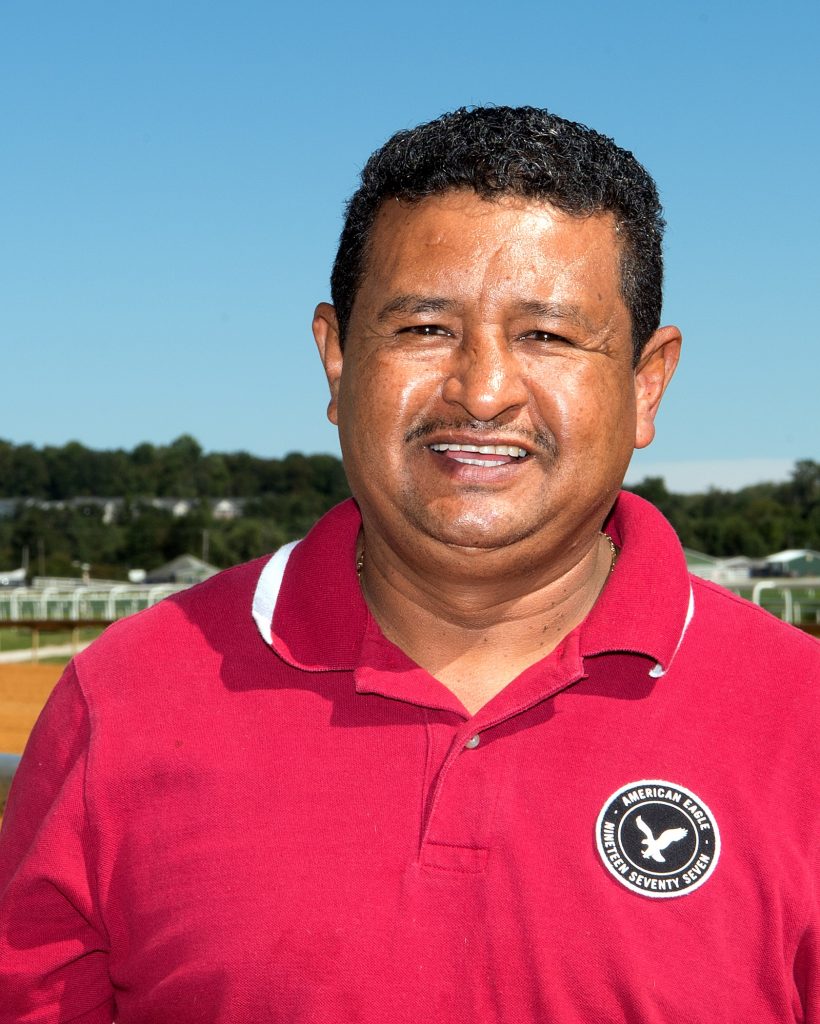 LAUREL, Md. – It came down to the last race on the final day, but Laurel Park’s summer meet came to a thrilling finish Sunday with a new name and a couple of familiar ones at the top of the standings.

Sanchez-Salomon had two other starters Sunday, running second with Icy Reply in Race 2 and seventh with Heartburn in the eighth-race finale. He clinched at least a tie when Gonzalez’s Eye’n a Deal was a late scratch in Race 5 after the trainer failed to win with starters in Races 2 and 3 and earned the title outright when Gonzalez was third with 5-2 favorite Tilted Tiara in Race 8.

“I don’t know exactly what I feel right now, but I’m very happy,” Sanchez-Salomon said. “It’s been a great meet. Everything has been great for us. We’ve been very blessed. I thank God and thank my help and thank everybody. I have no words to say how I feel, really. I appreciate everything.”

Sanchez-Salomon was introduced to horses growing up on the family farm in his native Mexico. After arriving in the U.S., he first visited the racetrack at old Garden State Park in New Jersey, which closed in 2001. Working for trainers Scott Lake and Dane Kobiskie, he wound up at Monmouth Park before ultimately landing in Maryland.

According to Equibase statistics, Sanchez-Salomon ran seventh with his first career starter, Legend Keeper, April 15, 2017, at Laurel. His first winner came May 28, 2017, with 36-1 long shot Nairet, a 4-year-old filly he had claimed out of her prior start for $5,000, at historic Pimlico Race Course.

Sanchez-Salomon registered three multi-win days during the summer meet, including a career-high four June 24 and a triple July 23. He has 153 wins and more than $4.4 million in purse earnings lifetime and ranks third in Maryland this year with 42 wins, trailing only Gonzalez (55) – the state’s leading trainer since 2017 and a 19-time meet champion – and Jamie Ness (45).

To date, Sanchez-Salomon has trained 11 six-figure earners including multiple stakes winners Clubman, Shake Em Loose and Can the Queen. It was Shake Em Loose that brought the trainer into the spotlight earlier this year, after the horse he claimed for $16,000 last fall won the Heft and Private Terms, ran third in the Federico Tesio and was briefly under consideration for the 147th Preakness Stakes (G1) after the trainer – who also owns the horse – made him a late nominee to the Triple Crown.

“I had a good feeling about the first two we ran today and the last one, she’s been a filly that we’ve been working with. We think she’s got a little potential,” Sanchez-Salomon said. “We tried not to get caught up in it. We have to thank God for what he gives us, but you always want to be the winner of something.”

Toledo took a 30-28 edge into the final weekend before Karamanos cut the deficit in half with one winner Saturday. Karamanos notched back-to-back wins Sunday with Ness-trained Romantic Comedy ($14.40) in Race 3 and Millean ($6.80) in Race 4 to go ahead by one, but Toledo countered in Race 5 with Night Boss ($6.20).

Neither rider was able to win with their final two mounts Sunday. Karamanos was third on Israeli Army in Race 6 and Tauber in Race 7, while Toledo finished second in Race 7 on Balistico and sixth aboard Cumulonimbus in the Race 8 finale.

“We won a couple today, so it was a good day. It’s great to tie for the title,” Karamanos said. “It was a tough meeting for everybody, especially for Jevian and me.”

Karamanos now owns or shares seven titles in Maryland, four at Laurel and three at Pimlico. The Argentina native has also won multiple meet titles at Colonial Downs in neighboring Virginia, where he is the track’s all-time leading rider.

A winner of more than 1,500 races in his native country before coming to the U.S. in 2000, Karamanos landed full-time in Maryland in 2002 and tied a Laurel record with seven winners on a single card that October. Represented by agent Kevin Witte, he earned his 2,000th career victory on Father’s Day, June 17, 2017, at Laurel.

Karamanos registered eight multi-win days during the summer meet including hat tricks on June 24 and July 16. He also won two races June 19 capped by the $75,000 Find aboard Nick Papagiorgio.

“I’m very happy. I’m so glad to win in Maryland. I always say Maryland is my home. This is where I’ve lived for 20 years,” Karamanos said. “It makes me so happy to win. Every win is important, and to win the title is even better. There are good riders in Maryland, so it’s tough. It’s good competition, so I’m very happy to win races and the title.”

Toledo, a native of Puerto Rico who turned 28 on Saturday, now has 10 riding titles in Maryland and has finished first in three of the four meets this year. He also won Laurel’s winter stand and the Preakness Meet at Pimlico and was second by one win to apprentice Jeiron Barbosa at Laurel’s spring stand.

Toledo had six multi-win days during the meet, registering a triple July 30 that included Alottahope’s 15-length victory in the $75,000 Star de Naskra. He also won the $100,000 Caesar’s Wish July 2 with Hybrid Eclipse.

“It feels great. I’m just happy to be here. This is my hope and I’m happy with all the opportunities I’ve been getting from all the trainers and owners. I have to thank them and all the employees at the barn, they’re the ones that do the job and my agent he does a great job, too,” Toledo said. “I think every horse I ride is special, even the ones where I don’t win.”

Racing shifts to the Maryland State Fairgrounds in Timonium starting Aug. 26 and running through Labor Day, Sept. 5 before the Maryland Jockey Club hosts a fall meet at Pimlico Sept. 9-25.

Notes: Jockey Sheldon Russell doubled Sunday aboard Vibrant Judy ($5.20) in Race 2 and Premiere Choice ($16.80) in Race 7 … Team Hanley’s Vibrant Judy, a sophomore daughter of champion Bernardini, was triumphant in her career debut, winning the seven-furlong maiden special weight for fillies and mares ages 3, 4 and 5 in front-running fashion and covering the distance in 1:24 over a fast main track … Premiere Choice also led from start to finish to earn his second straight win in Sunday’s feature, an entry-level allowance for 3-year-olds and up sprinting six furlongs on a firm Fort Marcy turf course. The winning time was 1:08.87 … There were mandatory payouts of $940.28 in the Rainbow 6 and $471.75 in the Late Pick 5.

0
Previous post Technology, trash and Night Out touched on at Village Board meeting
Next post Lamar Jackson contract talks: Ravens have offered more than Kyler Murray deal, per report