Plainville, MA — It wasn’t easy, but Raybarnz showed grit and determination to claim victory in the $20,000 Winners-Over Handicap Trot at Plainridge Park on Thursday afternoon (June 23).

Raybarnz and trainer-driver Ivan Davies got away fourth as Trix And Stones (Drew Monti) led the field to the half in a moderate :57.2. But Davies had him out and rolling into the second turn to draw alongside the leader going up the backstretch. By the time the race hit three-quarters, Trix And Stones and Raybarnz were trotting in synchronicity, and the match race was on from there. With less than a nose separating them around the final bend, neither trotter gave way as Trix And Stones held position and Raybarnz continued to dig. At the top of the stretch, the battle still raged and it wasn’t until three pylons from the finish that Raybarnz had won the war — and the race by three-quarters of a length in a new lifetime best 1:54.1. 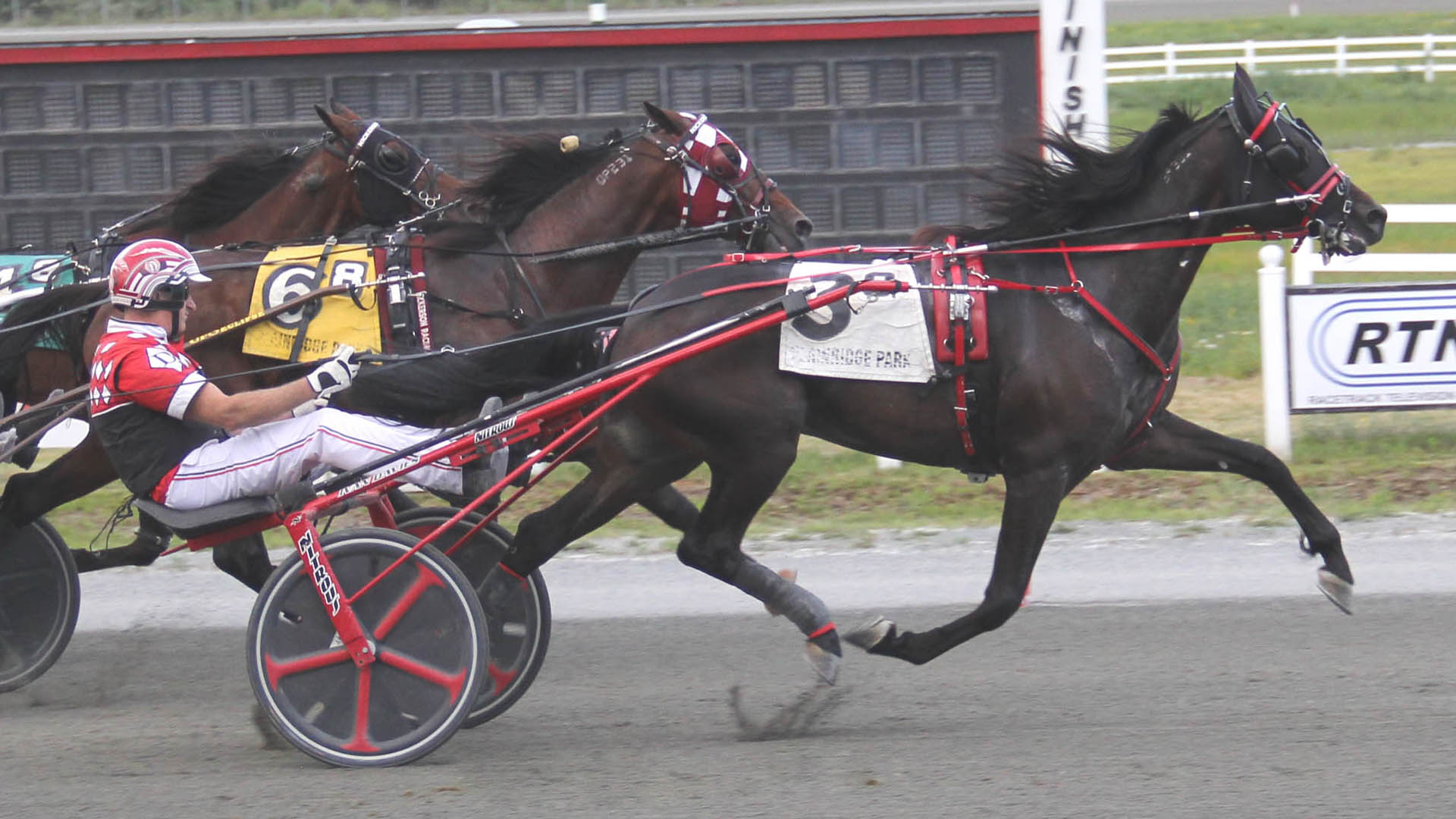 It was the first win in five starts this year for Raybarnz ($5.40), who is owned by Earl and Kathy Beaman and Shirley Michaud.

In the first, Pembroke Regal (Heath Campbell) charged hard off the gate, took the lead before the :28.1 quarter, and was never headed. After leading the entire mile by a full length or more, Pembroke Regal opened up a two-length gap at the head of the stretch and trotted home wrapped up in a lifetime best 1:52.2.

Pembroke Regal ($4.00) is owned by William Varney and is trained by Valerie Grondin.

Later, Inquiring Minds (Larry Stalbaum) took an early lead and outlasted all comers to the finish line. After setting fractions of :27.3, :57.2 and 1:25.2 with Midnite Craze (Drew Campbell) and Nicolo Hanover (Heath Campbell) in hot pursuit, Inquiring Minds turned for home and refused to lose, hitting the line in front by a half length in a career best 1:55.3.

Inquiring Minds ($17.00) is owned by Shark Racing and is trained by Stalbaum.

Bruce Ranger led all drivers with two wins on the card.

There is a growing carryover of $32,985 available in the sixth race Wicked Hi-5 wager when live racing resumes at Plainridge Park on Monday afternoon (June 27) with post time at 4 p.m. Free full past performance race programs for all live race days can be downloaded by visiting the track’s website. Next post Opinion | Democrats had an opportunity for a major political realignment. They blew it.