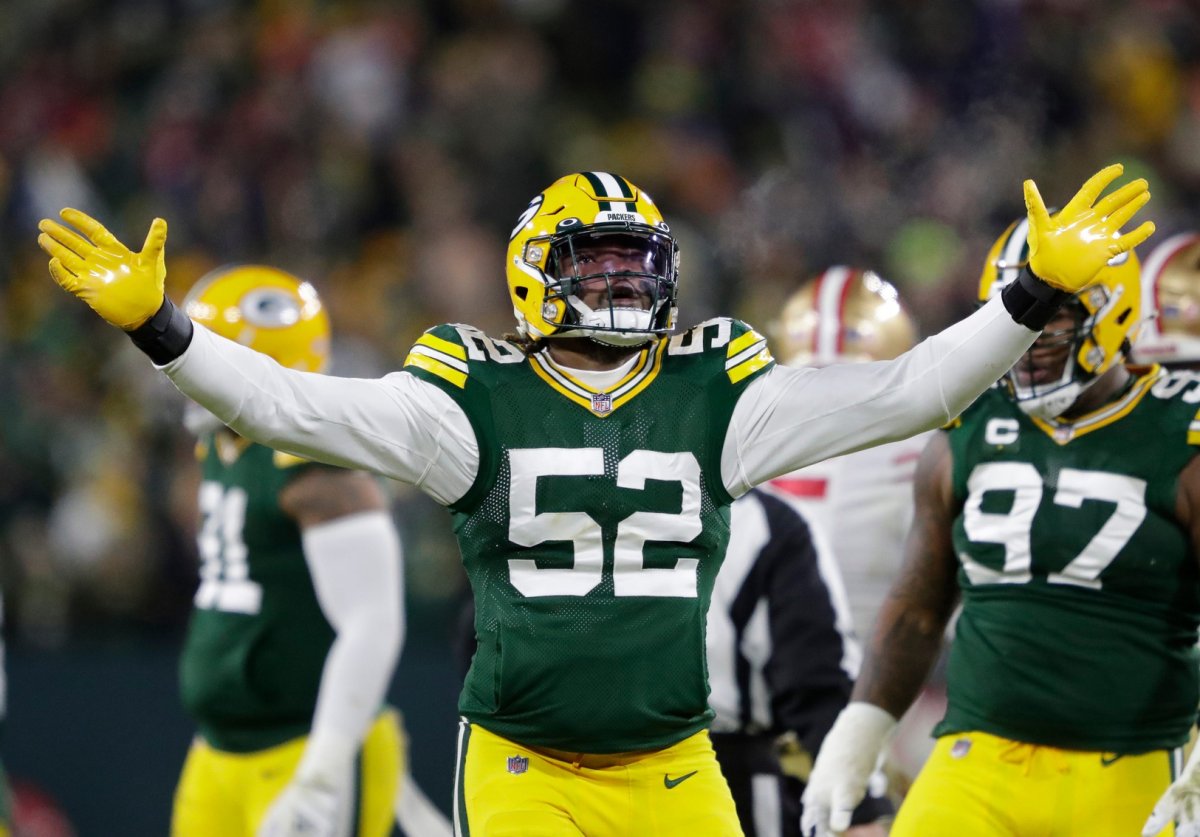 Considering the talent which comprised the 2021 Green Bay Packers defense, more may have been expected in the sack department.

The Packers had 39 sacks a season ago, which ranked in the middle of the pack compared to the rest of the league and was down from 41 sacks in both the 2019 and 2020 campaigns.

More firepower has been added in 2022, and expectations are now high among fans and pundits alike that the Packers defense could become one of the NFL’s truly elite units. Increasing the team sack total would go a long way to achieving such a goal.

With that in mind, let’s project the sack figures for Green Bay’s defenders ahead of the 2022 season.

Gary led the team a year ago with a career high 9.5 sacks, but based on the level of pressure he put on opposing quarterbacks, that may have been a disappointing tally.

He racked up 47 QB pressures in 2021, which was good for fourth in the league, yet the rest of the NFL’s top nine players in the pressures rankings all had more sacks than Gary.

The average number of sacks for players with at least 40 pressures in 2021 was 13.27, and with Gary looking to take another step forward in 2022, it would be no surprise to see his sack total rise significantly.

History would suggest Smith will once again experience a drop-off in terms of sack production this season, but when this exact subject was brought up to Smith during a media availability session, he intimated that he thinks he knows the reason behind the yearly fluctuation.

I’m going to be optimistic and say Smith’s production will not drastically reduce this season. I’ll therefore pencil him in for eight sacks, just slightly below last year’s tally.

Clark had just four sacks in 2021, with his career high currently at six. However, the addition of some much-needed support up front through Jarran Reed and Devonte Wyatt could allow Clark to flourish.

Having stronger support in the defensive line room may mean Clark can be spelled more frequently and stay fresh. He could also see fewer double teams which would be conducive to him being more impactful as a rusher.

I’m predicting a career year for Clark in the sack department with seven.

He managed just 2.5 sacks in Kansas City a year ago, but I’ll project Reed to bounce back in 2022 and get four sacks.

The rookie had seven sacks in his final year at Georgia, where he was truly a disruptive presence against the pass.

Wyatt will face a fight for snaps, but as an older rookie at 24 years old, I’m betting on him to establish himself quickly and to have four sacks in his first year.

Mean Dean has never been a big producer of sacks, but he appeared to figure some things out in 2021, when his total of five sacks represented a career high.

However, with reinforcements added up front, Lowry is likely to play fewer snaps in 2022, and I’ll drop him down to three sacks as a result.

Enagbare averaged 3.75 sacks per season in his college career, and it is natural to keep expectations low for a fifth-round rookie.

But the fact is, Enagbare is currently Green Bay’s third-most talented edge rusher, so if he can earn the coaching staff’s trust, he may end up playing a significant number of snaps.

The opportunity to attack tired offensive tackles who have been dealing with Gary and Smith all game could benefit Enagbare, and I’m projecting him to collect three sacks in his rookie year.

Campbell was a shot in the arm of Green Bay’s defense in 2021 as an unexpected All-Pro linebacker, but providing pressures and sacks was not really part of his remit, notching just two sacks on seven pressures.

I don’t expect that to change much this season, and will schedule him for two sacks once again.

Walker is a fascinating prospect, with all the raw tools to become an elite linebacker, and his rookie year will be the subject of plenty of attention.

Given his natural gifts, Walker could be an effective blitzer from the MLB spot and even be used as an edge rusher on occasion as a changeup.

However, he only had five sacks in four college seasons, so until he proves it on the field, it’s difficult to project a big season for Walker in terms of sacks. I’ll therefore schedule Walker for two sacks, the same number as Campbell.

Mercilus and Burks are gone, but I’m going to pencil the group of Garvin, Galeai, Slaton, Barnes and rookie Jonathan Ford for the same total production of six sacks.

Interestingly, no defensive backs had a sack for the Packers last season, so as of now I have not accounted for any DB to get a sack in 2022 either.

By adding up all the projections, I am predicting Green Bay to tally 52 sacks in 2022. That might seem like an aggressive jump, but each of the individual numbers are absolutely achievable.

This defense is littered with former first round picks and free agency dollars spent, and that includes not only the front seven, but the back end too. It is time for the Packers defense to take its place as one of the best in the NFL.