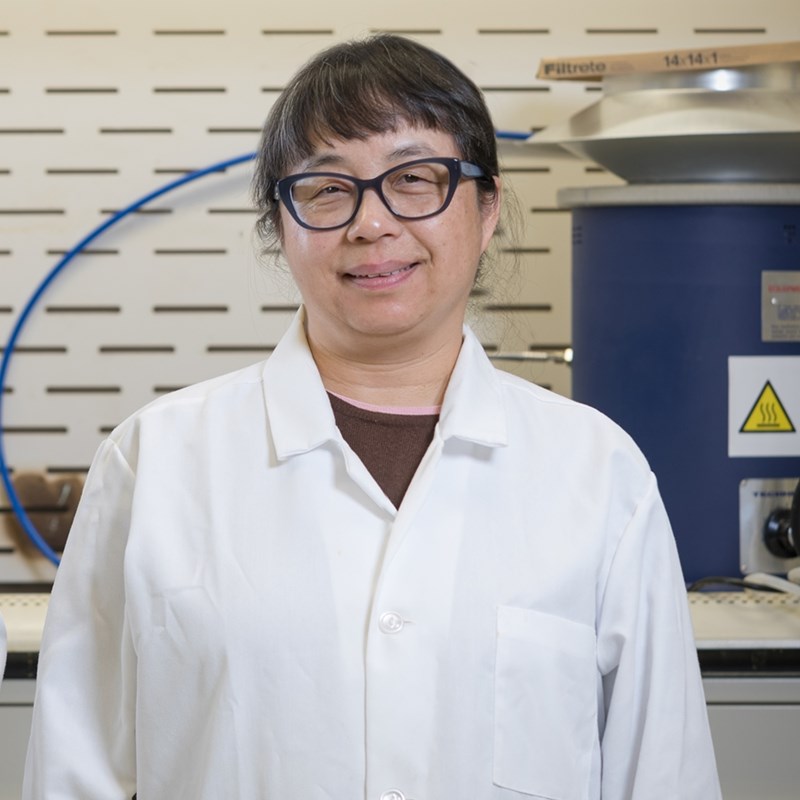 With a $6 million grant from the National Science Foundation, researchers at the University of Arkansas and two partner institutions will develop purification membranes for future large-scale manufacturing of viral vectors and virus-like particles.

Virus vectors are the tools by which scientists deliver harmless, modified versions of viruses to human cells. As the functional genetic material within vaccines, they perform the critical function of instructing cells to recognize and fight diseases, including viruses.

“Development of cost-effective, large-scale biomanufacturing for the purification of viral vectors and virus-like particles is a major challenge,” said Xianghong Qian, professor of biomedical engineering at the U of A and principal investigator for the project.

The rush to develop a vaccine for coronavirus confirmed this challenge. Manufacturers struggled to produce membrane filters to purify viral vectors and virus-like particles, primarily because of capacity and fouling of membranes, which caused delays in vaccine production. Robust membrane performance under a range of operating conditions also led to production delays.

For this project, researchers led by Qian will create a scalable, downstream manufacturing platform for purification that will replace the standard processes of centrifugation and resin-based chromatography, both of which are difficult to scale up in manufacturing.

The project will require feedstock production of two common viral vectors for gene-therapy, virus-like particles for vaccine applications and advanced microfiltration for bioreactor harvesting. The researchers will design, fabricate and characterize high-capacity membranes and will develop membrane chromatography for separating full and empty viral capsids.

The researchers will use state-of-the-art bioanalytical methods for detection and quantification and will develop a readiness and acceptance study to help drive the technology toward commercial production.

In addition to the significant human impact, the project will bring economic benefits to Arkansas, Kentucky and South Carolina, where regional incubator centers for biotechnology development will be established.

About the University of Arkansas: As Arkansas’ flagship institution, the U of A provides an internationally competitive education in more than 200 academic programs. Founded in 1871, the U of A contributes more than $2.2 billion to Arkansas’ economy through the teaching of new knowledge and skills, entrepreneurship and job development, discovery through research and creative activity while also providing training for professional disciplines. The Carnegie Foundation classifies the U of A among the few U.S. colleges and universities with the highest level of research activity. U.S. News & World Report ranks the U of A among the top public universities in the nation. See how the U of A works to build a better world at Arkansas Research News.