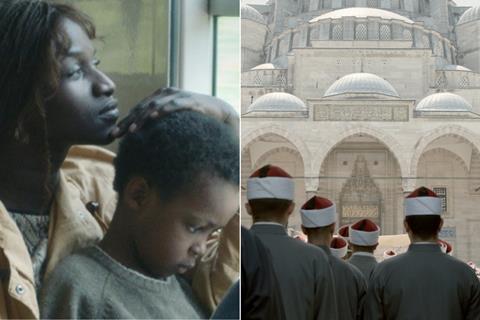 Mother And Son debuts on the Croisette today (April 20), and is sold by mk2 films. It tells the story of a woman who moves from the Ivory Coast to the Paris suburbs with her two sons in the late 1980s and follows the construction and deconstruction of her family over the subsequent 20 years.

It marks the second feature from French filmmaker Serraille, who won the Caméra d’Or at Cannes in 2017 with her debut Jeune Femme.

Picturehouse has also picked up Swedish director Saleh’s Boy From Heaven from Memento International, ahead of a its world premiere, also today, Friday May 20.

It centres on a fisherman’s son who gains a place at the prestigious Al-Azhar University in Cairo; only to find himself caught in a power struggle between Egypt’s religious and political elite when the university’s highest-ranking religious leader dies.

Clare Binns, managing director of Picturehouse, described Mother And Son as “an outstanding piece of cinema confirming [Serraille] as a major European director”, and Boy From Heaven as “a gripping and exciting film from an excellent filmmaker.”