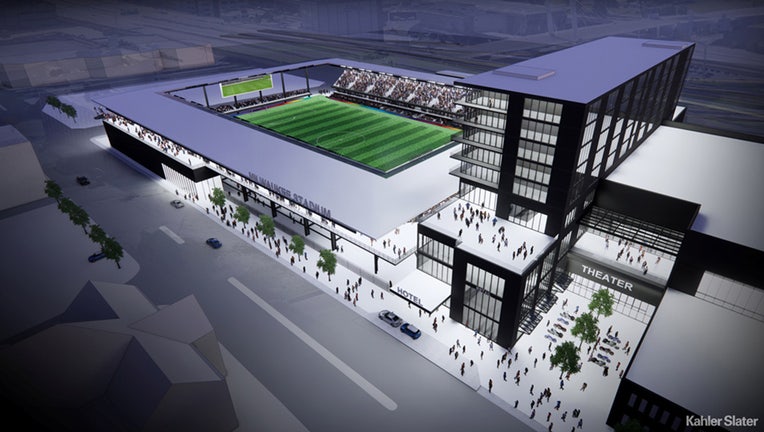 MILWAUKEE – Marquette University announced on Friday, May 20 it has sold an 11-acre parcel of land it purchased in 2014 and 2015 – and the land will be developed into a sports and entertainment district. A news release says Bear Development with Kacmarcik Enterprises will manage the development.

The land is bordered by N. 6th Street to the east, Michigan Street to the north, and the Marquette Interchange to the west and south.

Plans for the comprehensive district include the development of a stadium, which will be home to a professional soccer club, an indoor concert venue, a full-service hotel, multi-family residential housing, retail, and food and beverage elements. The centerpiece of the proposed district is the 8,000-seat-stadium, which will serve as the home to the highest level of professional soccer in the state of Wisconsin and as the home competition field for Marquette men’s and women’s soccer and men’s and women’s lacrosse teams. The Marquette teams will continue to practice at the Valley Fields facility.

The release says the development will play a pivotal role in linking downtown Milwaukee, the Menomonee Valley, the Near West Side neighborhood and Marquette University. The sports and entertainment district is projected to create hundreds of new jobs in the community and draw a million visitors annually. 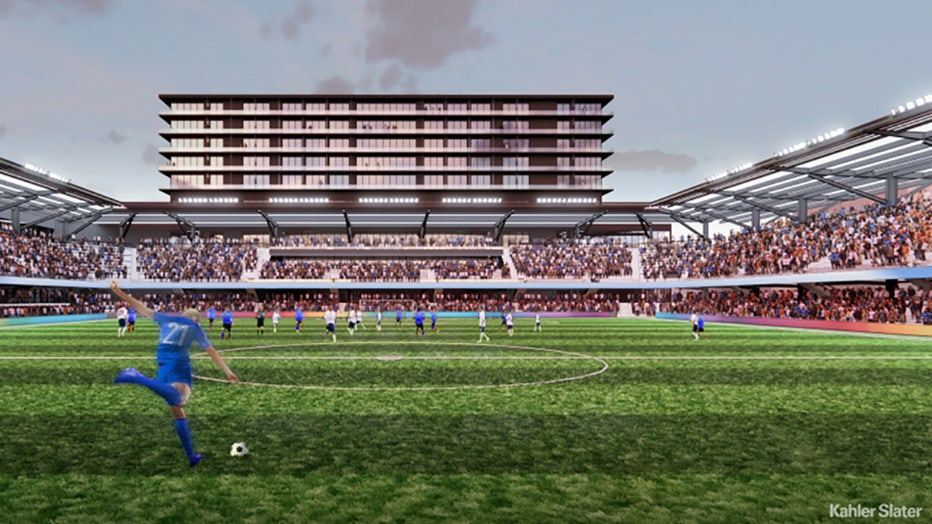 The site, which contains mostly vacant parcels and parking lots, includes a vacant hotel building, an office building and the Marquette Behavior Analysis Program Building, located at 525 N. 6th St. All buildings are included in the sale.

FREE DOWNLOAD: Get breaking news alerts in the FOX6 News app for iOS or Android

“This new development reimagines and promises to bring new life into a highly visible strategic corridor, presenting an exceptional opportunity to connect the Marquette University campus and Westown neighborhood with the Downtown Milwaukee renaissance. The economic revitalization and community pride this multi-purpose development will catalyze is something I am proud Marquette can help facilitate through the strategic sale of this important parcel of land. I look forward to cheering on our men’s and women’s lacrosse and soccer teams in their new competition venue.”

The developers will demolish the vacant hotel building on the site as part of the project. Tenants in the office building have been notified of the sale and will be relocating.

Marquette’s Behavior Analysis Program, which is located on the farthest east portion of the property, will not be immediately affected. The university is working with the faculty in that facility to identify a new location for the program.

Previous post These 5 Phrases Are Killing Your Career Growth