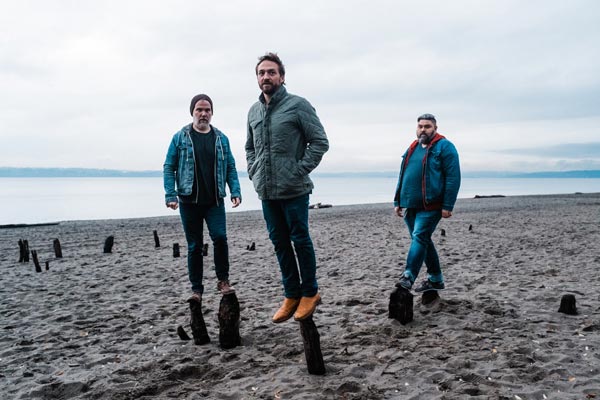 Guitarist/vocalist Ted Alvarez explains, “Those would seem to be incompatible, but the more we played, the more we realized those two things could mesh, and could be incredibly appealing to us. For us, both are coming from places of joy, pleasure, and serenity as opposed to anger or rage. Don’t get us wrong — there’s plenty of wonderful aggressive music that comes from those places. But there sure is a lot of it already. This stuff should be a release to listen to and certainly to play, and that’s ultimately a positive vibe.”

Smith adds, “We are massive fans of complexity and wonderfully dense and abstruse music, and I think there are some surprising ways in which that sneaks out. But we placed that immediacy at the forefront.”