Watching the 122nd U.S. Open felt like an Olympic sport. Call it remote-control gymnastics and yours truly is in contention for a podium finish after Day 1.

First the good news: NBC Sports is providing more than 45 hours of live championship coverage Thursday-Sunday, not to mention a staggering 100-plus hours of live streaming coverage from Brookline, Massachusetts, including featured groups and featured holes.

But to do so viewers had to bounce from Peacock to USA Network to NBC back to USA and a final stop at Peacock. It was harder to keep up with than a game of three-card Monte. Unless you had a cheat sheet, good luck.

I know there are some of you reading this complaint and thinking, “Really, you had to change the channel a whopping four times in 14 hours? Oh, the humanity!” Sure, most of us can figure out how to press a button four times, but the question is why should we have to in this day and age?

My take is this plan was conceived by a bunch of over-paid execs with fancy MBAs that are probably good enough at their day job, but clearly aren’t golf fans.

Peacock, NBC’s streaming service that debuted in 2020, is the network’s new darling and the U.S. Open arguably could steer new users to the fledgling platform or present bonus content that will keep existing users coming back for more.

Still, when TV coverage of the 122nd U.S. Open began bright and early on Thursday on Peacock it only did so for those premium members who were already paying for, among other things, Premier League soccer, WWE and its Olympic coverage. I was not and grudgingly forked over $4.99 for the month – I guess the wife and I can finally binge Yellowstone – so I could watch the start of the rounds of the likes of Collin Morikawa, Jordan Spieth and Jon Rahm.

I wasn’t the only one peeved about having to dig out credit card information and agree to be billed for yet another streaming platform. (Note to self: don’t forget to cancel in 30 days like you normally do.) John Sluhan, head professional at Boone Valley Golf Club in St. Louis, wrote: “I’d love to pay $4.99 to bounce around all day but I’ll save that for a gallon of gas and just switch between the two cable channels like my father and grandfather. Hell, I might even change the channels manually for old-time sake or listen to the conclusion on that radio thing lol.”

They need to offset the increased prize money somehow. Sucks big but it’s the future. Happening on all networks

“Happy to pay for featured group coverage but empathize with those who can’t afford it,” said Tim Lyons, who sounds like someone whose pocket I’d like to get into in a game of Wolf.

Others noted that the featured group coverage was free on the USGA app. Wish someone had told me that before I paid up for a month of Peacock. Still, for the USGA, operator of the U.S. Open, which many feel has been surpassed in importance by the Masters, this can’t be a good thing that its TV partner keeps switching platforms. The TV presentation of the Masters is second to none and asking viewers to pay for early-round coverage has been widely panned – at least if you believe social media. The biggest bone to pick is with paying for another unbundled product and then being forced to suffer through commercials – in this case a seemingly endless loop of ClifBar commercials. When an ad wasn’t sold, the Zen music playing reminded me of the wait-room tunes at a fancy spa. Very Zen.

At 9:30 a.m. ET, the coverage shifted to USA Network. I don’t know about you, but if the Family Feud question was what TV network would you click to watch professional golf, USA Network would get an “X.” No way it would be one of the top-5 answers on the board. That is, in part, because this is a new initiative by NBC that began in January to “broaden its slate” with the addition of premium NBC Sports content. The goal is to bring in “new communities to USA, further cementing the network as a top destination for the best and broadest entertainment in all of its many formats.”

It succeeded in bringing me to USA Network, which I haven’t watched since the days of Suits and Burn Notice. It reminded me of the annual hunt to find Tru TV for NCAA March Madness.

The bulk of the responses to a tweet I sent asking how people feel about the remote-control gymnastics expressed dismay at the unnecessary work involved in watching a golf tournament. I’ve yet to hear a good explanation why a network that owns Golf Channel isn’t using it. I digress but this cannot bode well for the future of GC, which has been diminished ever since it shut down the Orlando headquarters and moved a skeleton staff to Stamford, Connecticut.

But not everyone seemed to care about having to change channels, yet again when the A-team of Dan Hicks and Paul Azinger emerged to guide the NBC hours. A Twitter follower by the name of Casual Water, a self-proclaimed “golf discord junkie,” responded, “I feel like my fat (expletive) can change the channel once every three hours and I’ll survive. I’m just happy it’s on all day. Wasn’t always like this.”

No argument there. At 5 p.m. ET it was USA Network’s second time to shine, if you’re keeping score at home. All those USA Network diehards must have been thrilled to go from an episode of Chicago Fire to The Country Club.

At 7 p.m. ET, as Phil Mickelson marched to the 18th green, USA Network’s allotted time came to end, Hicks explained, and an episode of, you guessed it, Chicago Fire was on deck. It was time to flip back to where it all began all those hours ago: pay-for-play coverage on Peacock.

“You can watch 9 ½ hours of coverage on basic cable between USA and NBC. You can watch featured group and hole coverage all day for free on the website and app. And yet there are still plenty of people complaining about the *option* to pay and watch on Peacock also,” tweeted David Lettieri, a former golf pro turned lawyer.

Glad I was a newbie subscriber to see Mickelson wrap up a dreadful 78. It was the only place to see Canadian Adam Hadwin hang on for the first-round lead at 4 under.

As Day 1’s coverage came to its conclusion, there was no argument that NBC Sports is offering an absurd amount of coverage. From opening drive to final putt, viewers could consume the golf coverage in a variety of ways. But it sure would be simpler if it aired at one place (and without ads for those paying for a subscription).

The Players Group, a sports marketing and management firm in the golf industry, may have said it best in its response to my tweet: “It’s crazy and inconvenient but we will still do it nevertheless.”

Lost clubs, steady play and a Thursday 67: 5 things to know about Callum Tarren at the 2022 U.S. Open 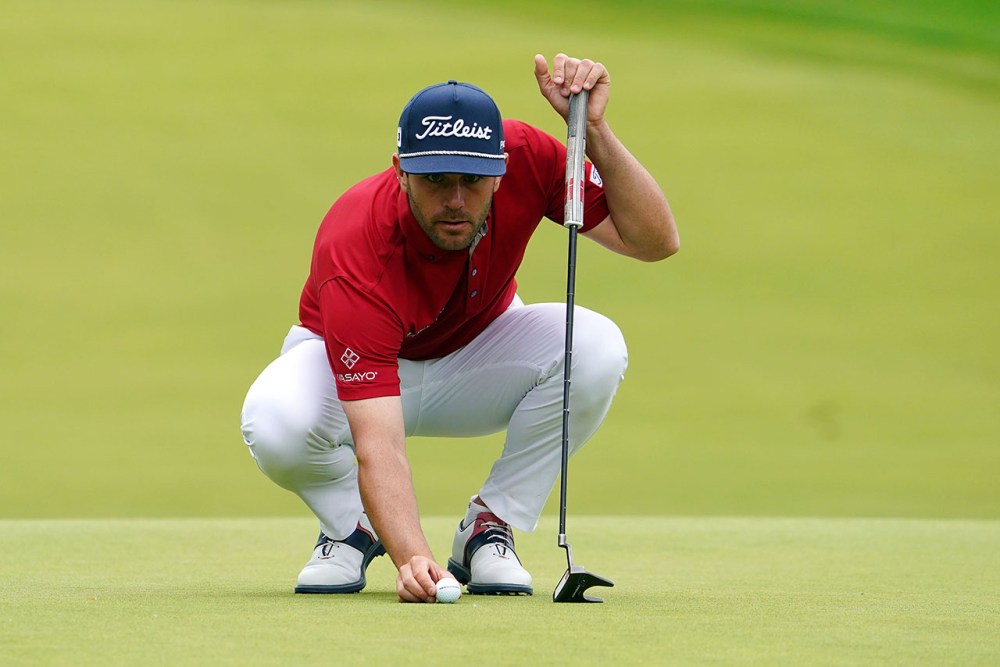 Previous post Laura Halldorson discusses her career as a hockey pioneer in Minnesota, at Princeton, with the Gophers – The Rink Live