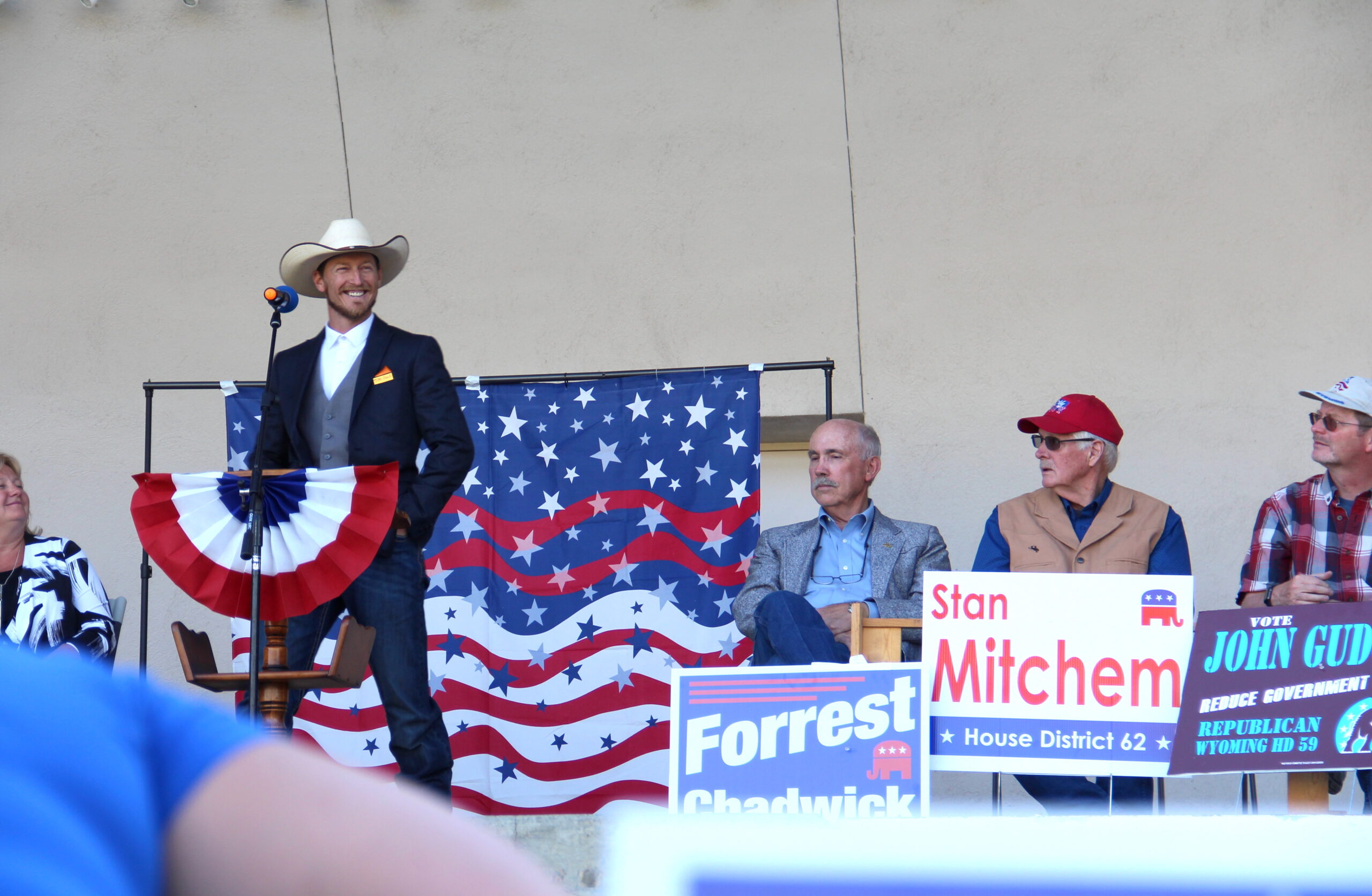 CASPER, Wyo — Candidates for Natrona County Assessor and two state House seats kicked off the summerlong Politics in the Park series Wednesday at Washington Park. All candidates had a chance to address the issue of rising property taxes, while House candidates also weighed in on the state fiscal issues, energy prospects, and the relationship of the state to the federal government.

The event, hosted by the Natrona County Republican Women, will be held every Wednesday at 4:30 p.m. throughout the summer.

The other challenger is Tammy Saulsbury, who said she had worked in the Assessor’s office for 13 years, serving as interim Assessor for seven months before losing a close race to Keating in the 2018 election.  She promoted major restratification of the county’s Land Economic Areas and more precision in grouping similar homes to provide more fair and uniform assessments.

Keating reiterated his position that the state Department of Revenue has supported his overhaul of the office, and read from a recent decision that stated he had applied the Mass Appraisal Process properly, though the county commission that remanded the decision felt the particular value was unfair.

House District 59 challenger John Gudger, a career architect and project manager, is challenging incumbent Kevin O’Hearn, who was elected shortly after the county commission appointed him to the seat in 2020. O’Hearn was not able to attend due to family emergency, Natrona County GOP state committewoman Kim Walker announced.

House candiates were asked to weigh in the state’s bid to host a hydrogen hub, whether the state should incentivize a large-scale meat processing plant, and how the state can support mineral production in light of the Interior department’s clampdown on federal mineral leases.

Gudger said that there is more authority for states like Wyoming  to acesss mineral baked into the U.S. Consitution than the current legislator appreciated, and the he would leverage that authority for the state. Chadwick, who served as chair of the Wyoming County Commissioners Associations’ Agriculture, Water, and Public Resources Committee, was more reserved about the state’s prospects to gain control of mineral rights through existing policy.

Mitchum said the state’s attorney general might be the position most likely to affect federal policy, and that the position should be one that was elected, rather than appointed.

All candidates agreed that the state’s biggest spending item, the education system, spent more money per student than any other state, and in need of some level of reform in areas like administration structure and capital expense. Next post Report: Hawaii Has the Strongest Health System in the U.S. | Best States