In the eyes of CBS Sports’ Gary Parrish, Michigan State basketball is still considered a top 25 team heading into next season.

Parrish has Michigan State listed at No. 25 in his updated rankings released earlier this week. The Spartans come in as the fifth highest Big Ten team in these rankings, behind Indiana (No. 16), Michigan (No. 18), Purdue (No. 22) and Ohio State (No. 24).

Here’s what Parrish had to say about Michigan State:

“The Spartans’ ranking is based on Michigan State returning five of the top nine scorers from a team that advanced to the Round of 32 of the NCAA Tournament. Max Christie’s decision to remain in the NBA Draft is a blow – but Tom Izzo should still coach in his 25th straight NCAA Tournament next March.”

Things haven’t gone as many Spartans’ fans would have liked this offseason — which has resulted in Michigan State sliding in a number of preseason rankings. That has happened with Parrish’s rankings as well but it’s still promising to see Michigan State listed here.

Check out the complete rankings by clicking on the tweet below:

COLLEGE BASKETBALL RANKINGS: The 2022-23 @CBSSports Preseason Top 25 And 1 has been updated to reflect recent developments. 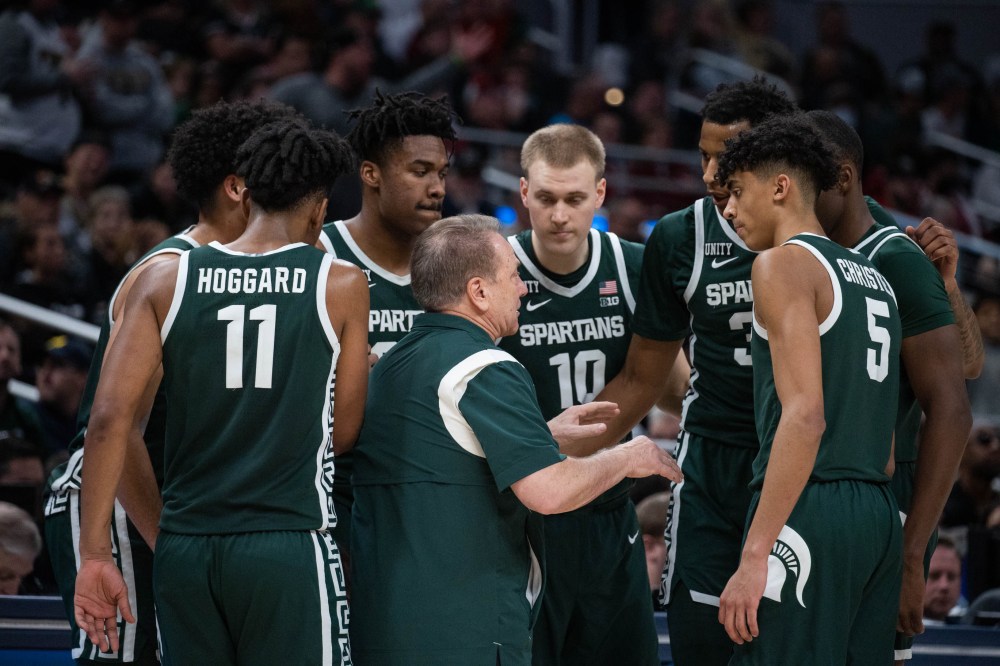