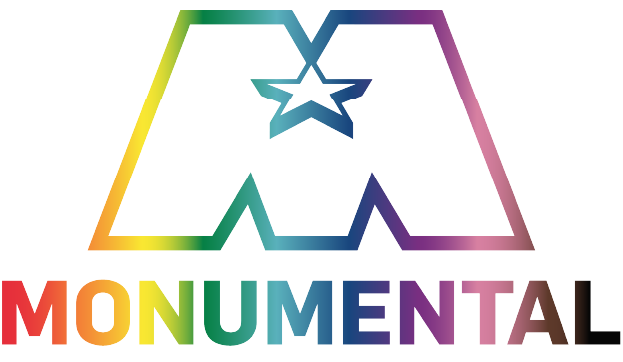 Washington, DC – Monumental Sports & Entertainment honors and supports all members of the LGBTQ+ community. The organization, its professional sports teams and Capital One Arena engage in variety of opportunities that strengthen the commitment to empowering all who identify as lesbian, gay, bisexual, transgender, queer, questioning, intersex, or asexual to be themselves and be proud.

In the second week of June, MSE hosted a Pride takeover on its external video boards at Capital One Arena. The colorful and welcoming graphics will remain in the video board rotation throughout the month to be viewed by the hundreds of thousands of people who travel to downtown, D.C. each day.

In collaboration with the Capital Pride Alliance, MSE will participate in the Pride Parade on Saturday, June 11. Representatives from the Monumental Basketball (Washington Wizards, Mystics, Capital City Go-Go and Wizards District Gaming) and the Washington Capitals will walk a 1.5-mile route through the city with featured locations that honor the history of the LGBTQ+ neighborhoods in the District. The teams will also host activations on June 12 at the DC Pride Festival.

All are welcome to join the Mystics at Pride Night presented by Capital One on Sunday, June 12 at 6 p.m. at the Entertainment and Sports Arena. Fans can look forward to a special halftime show by performer Shi-Queeta Lee, Pride and inclusion messages from Mystics players, fan activations on the concourse, Mystics and WNBA Pride merchandise for purchase, and more. In addition, the Mystics Pride Microsite features pride content and related resources for the LGBTQ+ community.

MSE’s teams have annual Pride celebrations and gameday acknowledgments of the LGBTQ+ community during their regular seasons. In March 2022, the Wizards and Capitals Pride games featured special guests, performances, and video tributes to members of the LGBTQ+ community in our region. Additionally, Pride-themed signage was present throughout Capital One Arena and specialty merchandise was available at the Team Store. In collaboration with the Monumental Sports & Entertainment Foundation, the teams created opportunities for fans to support SMYAL (Supporting and Mentoring Youth Advocates and Leaders), a local organization empowering LGTBQ+ youth, through the 50/50 Raffle (Wizards) and an auction featuring autographed player-used sticks wrapped in rainbow-color ‘Pride Tape’ (Capitals).

Fans are encouraged to donate to the Monumental Sports & Entertainment Foundation year-round to support even more local efforts that benefit the LGBTQ+ community in D.C.