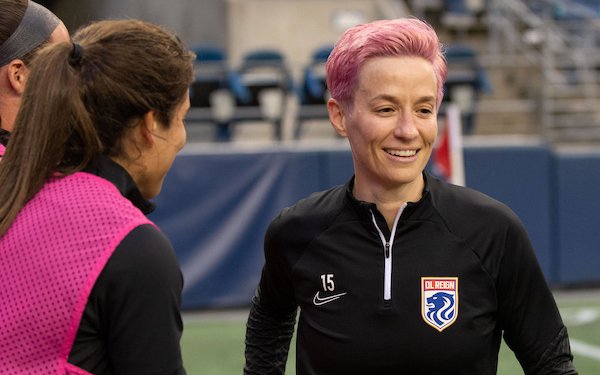 There were 29 fouls, eight yellow cards and one red card. Amazingly, the first issued in the 2022 regular season.

Megan Rapinoe was sent off for the first time in her pro career when she picked up a red card for her second yellow card, issued for dissent, in the Reign’s 1-0 win.

Rapinoe, who will join the U.S. women’s national team for its preparations ahead of the Concacaf W Championship, started her first game this season for OL Reign and picked up her first yellow card in the 58th minute for encroachment on a free kick. She left the game in the 72nd minute and two minutes later was shown her second card by referee Karen Callado.

The red card was her first in 176 games with six teams in four leagues in a pro career that began in 2009. She’s never been ejected in 187 USWNT matches.

Her outburst came after teammate Bethany Balcer was injured in a heavy collision for a loose ball with Angel City’s Paige Nielsen, who was given a yellow card on the play.

With Balcer still on the ground, the smiling Rapinoe exited the field but not before she changed course to receive handshakes from the Reign substitutes warming up behind the goal (photo).

Balcer finally got back up and tried to continue to play, but she slumped to the ground in pain again and exited in the 76th minute.