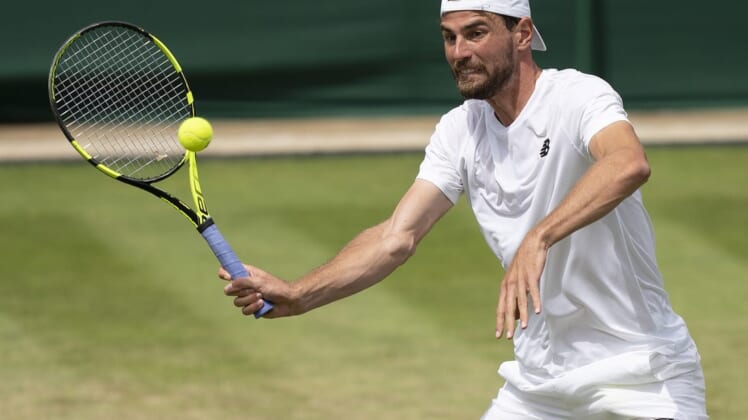 Fourth-seeded Maxime Cressy racked up 14 aces and won his first career ATP title with a 2-6, 6-3, 7-6 (3) victory over third-seeded Alexander Bublik of Kazakhstan in the championship match of the Infosys Hall of Fame Open at Newport, R.I.

Cressy, 25, lost the first set and then dropped the first three games of the second set before rallying past Bublik. The UCLA product overcame 13 double faults while prevailing in two hours and 23 minutes in his third career final.

Bublik had 10 aces against seven double faults and wilted after owning the big lead. He dropped to 1-5 in career finals, the win coming in February when he upset Alexander Zverev at the Open Sud de France.

Francisco Cerundolo picked up his first career ATP victory by notching a 7-6 (4), 6-2 victory over Argentine countrymate Sebastian Baez to win the Nordea Open in Bastad, Sweden.

Cerundolo saved nine of 10 break points while dispatching the eighth-seeded Baez. The 23-year-old is forecasted to break into the Top 30 in the rankings for the first time.

After losing the first game of the second set, Cerundolo won the next five games to seize control. Baez won just 53.3 percent of his first-serve points and converted only one of 10 break points.