After losing many key players on the Reds roster at the break, the “next man up” motto is certainly what is going to take place for the rest of the season. At the deadline, the Reds traded Luis Castillo, Tyler Mahle, Brandon Drury, Tommy Pham, and Tyler Naquin. In return, Cincinnati received a haul of prospects, as many well-known MLB accounts have reported how much Nick Krall accomplished at the deadline. While I haven’t always agreed with Krall’s transactions and it always hurts to see fan favorite’s leave the club, I can without a doubt say that Cincinnati is in a much better place to be competitive in the future now, than they were before the trade deadline.

On August 7, the Reds managed to pull out a huge 10th inning victory to secure a much-needed series win against the Brewers. The series was filled with much excitement, as this series brought 2 homeruns from our shortstop, Jose Barrero. Jose hit his first career homerun and gave the fans an “encore,” as he sent another one deep in the same game. Michael Papierski managed to knock his first career homerun as well and helped lead the Reds to victory on Sunday. In the last 8 series, Cincinnati is 6-1-1 and they have won 16 of their last 25 games. Since their horrendous 3-22 start to the season, the Reds are playing .500 baseball and are 41-41. If this season wasn’t plagued by injuries, Cincinnati could be right in the mix at the top of the National League Central.

Anyone who wears orange and black on Sundays at Paul Brown Stadium has to experience the “Before the Roar” tailgate experience with the Cincinnati legend, Bengal Jim. Bengal Jim, also known as Jim Foster, is a die-hard Bengals fan and was even named Cincinnati’s Fan of the Year. He provides great insight to his 42,000 followers on Twitter and is a trusted Cincinnati source. Foster was kind enough to join Matt’s Take this week for a Q&A. 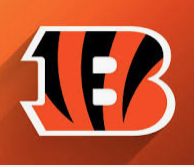 Q: How long have you had season tickets and what is your favorite memory as a Bengals fan?

A: “Since 1993. So many memories, so hard to pick one. I do have to say having my entire family, wife, and all four boys together at the Raiders playoff win is my top…We went 10 minutes without saying a word to each other. We just cried tears of joy and hugs.”

Q: Who has been your favorite guest so far on your YouTube Channel?

A: “So many legends have joined us over the years…Boomer, Collinsworth, Coach Lewis, Coach Taylor, Willie Anderson, Ken Anderson, and many more. I’d have to say Pete Johnson has been my favorite by a hair. Pete came on the show and already had a half of bottle bourbon, he was so funny.”

Q: If you could watch a game with anyone past or present, who would you choose?

A: “I would love to be able to sit with Paul Brown and watch a game. The history of the Bengals and the NFL is what I would like to talk about. It would be amazing.”

It isn’t every day that you get to talk Cincinnati sports with the Senior Sports Editor of the Cincinnati Enquirer and Cincinnati.com. Jason Hoffman has been with the Enquirer for more than ten years and is an avid Cincinnati fan. Hoffman is a Marine Corps Veteran and has made quite an impact on the Cincinnati community. This week, Jason was kind enough to join Matt’s Take for a Q&A.

Q: What game do you believe will be the most important in the upcoming season?

A: “January 2nd, 2023 should be on everyone’s calendar. While another matchup with the Kansas City Chiefs is a close second, the week 17 game against the Buffalo Bills stands out above the rest. The Bills are the prohibitive favorite to win the AFC this year and have enjoyed an offseason being the leader of a stacked conference. While the Bills have very minimal gaps in their roster, the same can be said for the Bengals and their revamped offensive line. I predict the Bengals and Bills both will be in the mix for the top seed in the AFC, so the penultimate game of the regular season makes this the most important to me.”

Q: The current over/under for the Bengals sits at 9.5. Do you believe Cincinnati will certainly win over this amount? 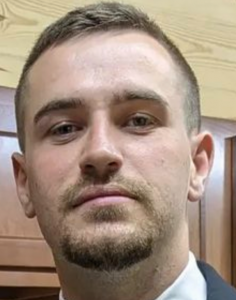 A: “The key to any NFL team having a shot at a deep postseason run is health. If healthy, I think it’s more than reasonable for the Bengals to win 11 or more games and compete for the AFC North title. With the AFC being as stacked as it is, I wouldn’t be surprised to see an 11-win team nab the top seed in the playoffs.”

Q: What has been your favorite Cincinnati sports moment while working at the Enquirer?

A: “My favorite Cincinnati sports moment during my tenure at The Enquirer was last year’s Super Bowl run by the Bengals. The NFL is my favorite league to watch and to have the opportunity to work during the run to the Super Bowl was something I never thought would happen.”

Matthew McAdow is a sports columnist focused on the Cincinnati Reds and Cincinnati Bengals. His column appears regularly in several regional newspapers and now at the NKyTribune. Next post How to get a law enforcement technology job