In a recent article published in the Journal of Agricultural and Food Chemistry, scientists analyzed the effect of alcoholic and nonalcoholic beer ingestion on gut microbiota. 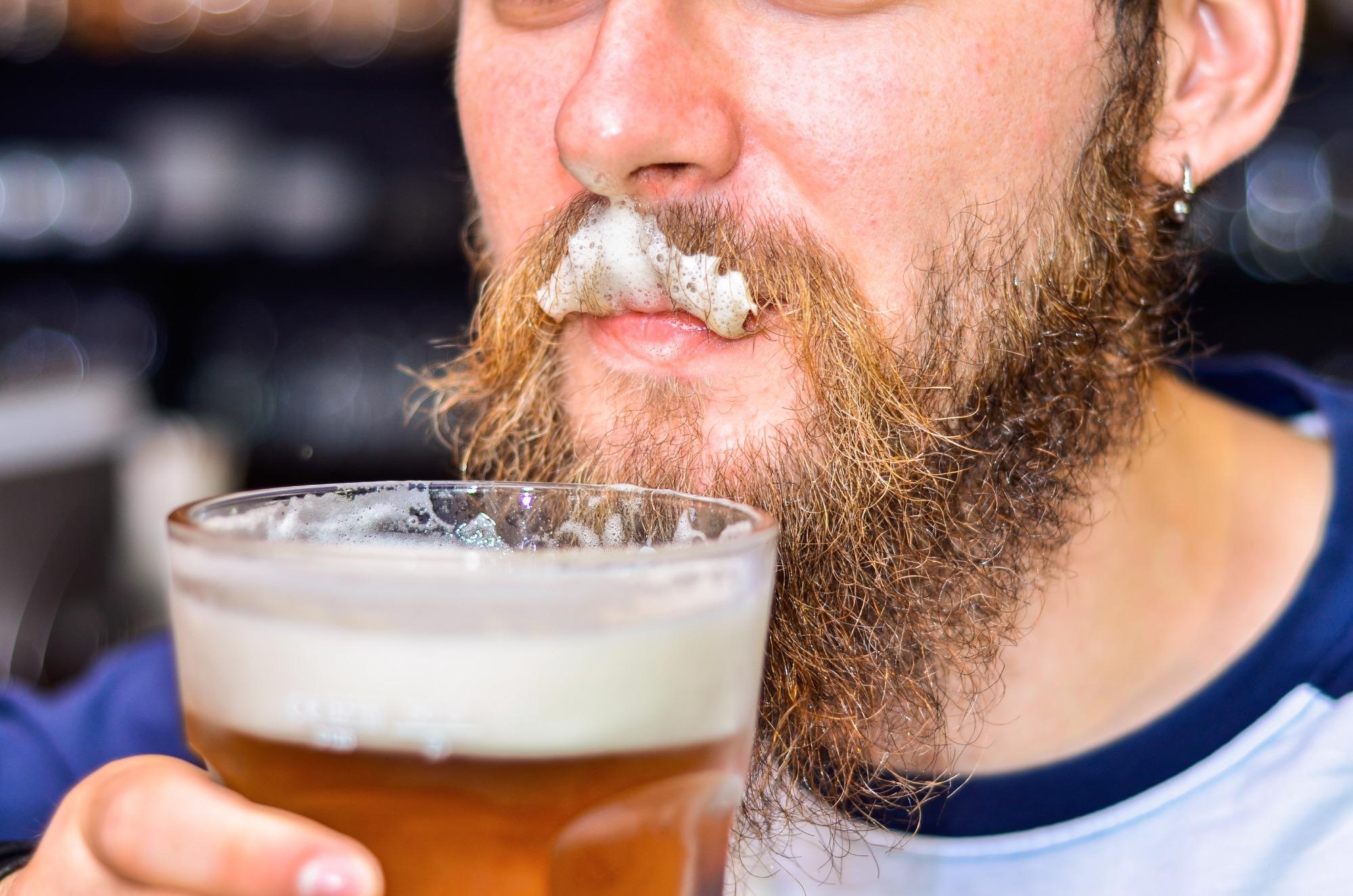 The fermented extract of malted barley grains, beer, is the most extensively consumed alcoholic beverage globally. Epidemiologic studies have revealed that drinking low to moderate amounts of beer reduces the risk of cardiovascular disease. These protective benefits of beer are equivalent to those shown with moderate consumption of wine.

Nonetheless, the link between alcohol intake and cancer negates the benefits of alcoholic beverages on diabetes and ischemic heart disease. Hence, despite the numerous preclinical and molecular studies demonstrating the health advantages of fermented alcoholic beverages, it is critical to explore and evaluate the impacts of dealcoholized and alcoholic beer.

Besides, like other phenolic substances, beer polyphenols may enter the gut, where they could regulate bacterial growth. Live fermentation microbes may also be present in some beers.

The Flemish Gut Flora Project showed that beer consumption significantly impacts the overall microbiota makeup. Given the role of the gut microbiota in the pathogenesis of cardiovascular disease, obesity, and diabetes, gut microbiota regulation could be another pathway regulating beer’s health impacts.

The current research was motivated by the absence of randomized clinical studies examining the effects of nonalcoholic and moderate alcoholic beer intake on intermediate measures of cardiovascular risk and gut microbiota. The present pilot investigation aimed to assess how beer, with and without alcohol, affected gut microbiota makeup and cardiometabolic markers among healthy men.

Healthy subjects from the Lisbon metropolitan region were recruited via social media advertising. Applicants were requested to visit NOVA Medical School for a physical exam and a quick questionnaire regarding their medical background to evaluate their eligibility to take part in the research.

Inclusion criteria encompassed healthy males, moderate alcoholics, those aged 18 to 65 years, without chronic illnesses with substantial gastrointestinal consequences, and able and willing to give written informed consent. Individuals with documented cardiovascular illness, diabetes or other pertinent metabolic disorders, infectious diseases, antibiotic use in the previous four weeks, or laxative use in the past two weeks, and those with a record of alcohol, drug, or other substance misuse were all excluded.

The authors discovered that consuming nonalcoholic or alcoholic beer every day for four weeks did not elevate body fat mass or weight. They also found that it did not drastically alter serum cardiometabolic indicators. However, both alcoholic and nonalcoholic beer seemed to enhance fecal alkaline phosphatase (ALP) function, a measure of intestinal barrier action. Moreover, they improved gut microbiome variety which has been linked to beneficial health effects.

The phenolic compounds in beer, such as phenolic acids and flavonoids, might contribute to the hike in bacterial heterogeneity seen in the gut microbiota of nonalcoholic and alcoholic beer drinkers. These findings were consistent with other recent research that suggest that drinking nonalcoholic beer for 30 days boosts gut microbial α-diversity.

The team noted that certain substances, such as yeast, polyphenols, and yeast components, can be eliminated during beer manufacture, particularly during beer filtration. As a result, beers with higher yeast and polyphenol content may have a more robust influence on the gut flora than the Lager beers utilized in this investigation.

The results also demonstrated that serum ALP levels drop after four weeks of daily beer consumption, regardless of the alcoholic concentration of the beer. Since serum ALP activity was utilized frequently to assess bone, liver, or heart damage when ALP function was heightened, observations on serum ALP activity might not have clinical value.

On the whole, the study findings revealed that drinking alcoholic or nonalcoholic beer increases gut bacterial variety without affecting body fat mass, body weight, or serum cardiometabolic indicators, making these beverages a promising way to boost microbiota diversity. Indeed, the present results imply that beer’s effects on gut microbiome regulation were autonomous of alcohol and might be facilitated by polyphenols found in beer.

Various studies depict that drinking alcohol reduces bacterial diversity. The use of alcoholic beer, on the other hand, boosted gut bacterial diversity in the current study. As a result, beer polyphenols appear to have outperformed alcohol’s negative impact on gut flora.

Furthermore, the scientists stated that the causative factor of the decrease in serum ALP activity and whether it is linked to improved bone, heart, or liver function warrants additional investigations. In addition, beer’s impacts on gut microbiota modification and ALP function imply a health benefit that should be researched in a cohort with metabolic disorders. Next post 11 of the best technology books for summer 2022