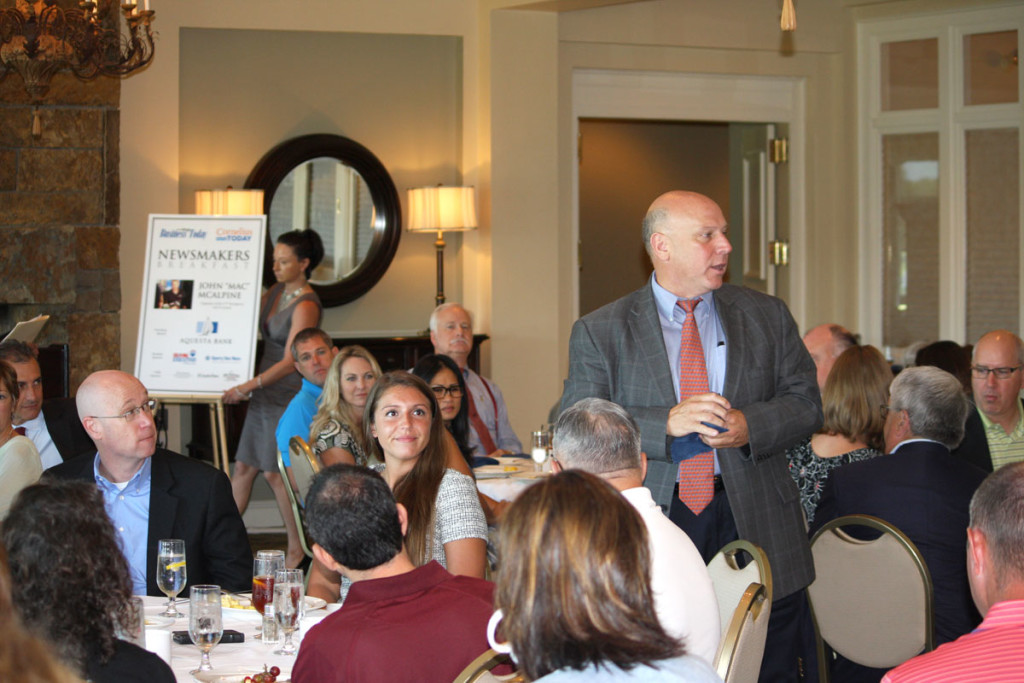 [Updated 1:55 pm] July 11. By Dave Yochum. A prominent business leader in Lake Norman is in stable condition after being shot in Troutman early Sunday morning.

The Iredell County Sheriff’s Office identified the victim as Thomas McMahon, the head of Cornelius-based Newport Commercial from 1998 to 2003 and managing director of Sperry Van Ness Commercial Real Estate Advisors, also based in Cornelius.

The Sheriff’s Office said a handgun was used in the shooting which took place around 4:30 am Sunday in the 1100 block of Perth Road.

NEW: McMahon was apparently shot two times. Sheriffs found him on a boat.

McMahon, 58, launched Newport Commercial in Cornelius more than 20 years ago. It is considered the first fully commercial real estate firm in the Lake Norman region.

He went on to affiliate with Sperry Van Ness Commercial Real Estate Advisors, with offices at 19901 West Catawba, in an office building just east of the Goodwill.

He was previously active in the Lake Norman Chamber as well as efforts to cancel the toll lanes on I-77.

Friends said the McMahons moved from their long-time home in Mooresville to Troutman about two years ago.

Crime Scene Investigators processed the boat at the pier and collected shell casings and other items of evidence, according to the Iredell Sheriffs. They also obtained security camera footage from a business near the crime scene.

“While questioning the three people at the sheriff’s office, investigators noticed differences in the statements and gathered information about activities that occurred prior to the three coming to the pier and the shooting taking place,” according to the Iredell Sheriffs Office.

Based on the statements, video footage, and other evidence recovered, the investigators were able to draw several felony and misdemeanor arrest warrants against the suspects.