LAS VEGAS – Khabib Nurmagomedov thinks his victory over Conor McGregor in their anticipated grudge match was the best moment of his legendary MMA career.

Nurmagomedov (29-0 MMA, 13-0 UFC), who landed a spot in the UFC Hall of Fame as part of the 2022 class on Saturday at T-Mobile Arena, retired from the sport in October 2020 with a flawless career record, had a lot memorable high points.

However, to him, nothing was more monumental than when he submitted McGregor in the main event of UFC 229 in October 2018. The heated grudge match still stands as the highest-selling pay-per-view in company history, and Nurmagomedov said none of his 28 other wins compared

“It was here – this arena – Oct. 6, 2018,” Nurmagomedov told MMA Junkie and other reporters on the UFC Hall of Fame red carpet. “Biggest fight in MMA history. I’m very happy I win this fight. I can lose any of my fights. But no way this fight.”

The fight between Nurmagomedov and McGregor was one of the most anticipated in company history. McGregor made things extremely personal with his infamous bus attack that set up the bout, then committed verbal warfare on his rival at every turn.

Nurmagomedov ultimately got the last laugh with a fourth-round submission, which prompted a brawl in the octagon that led to suspensions for both athletes.

Even though there was a stain on the fight in the aftermath, Nurmagomedov still remembers it fondly. 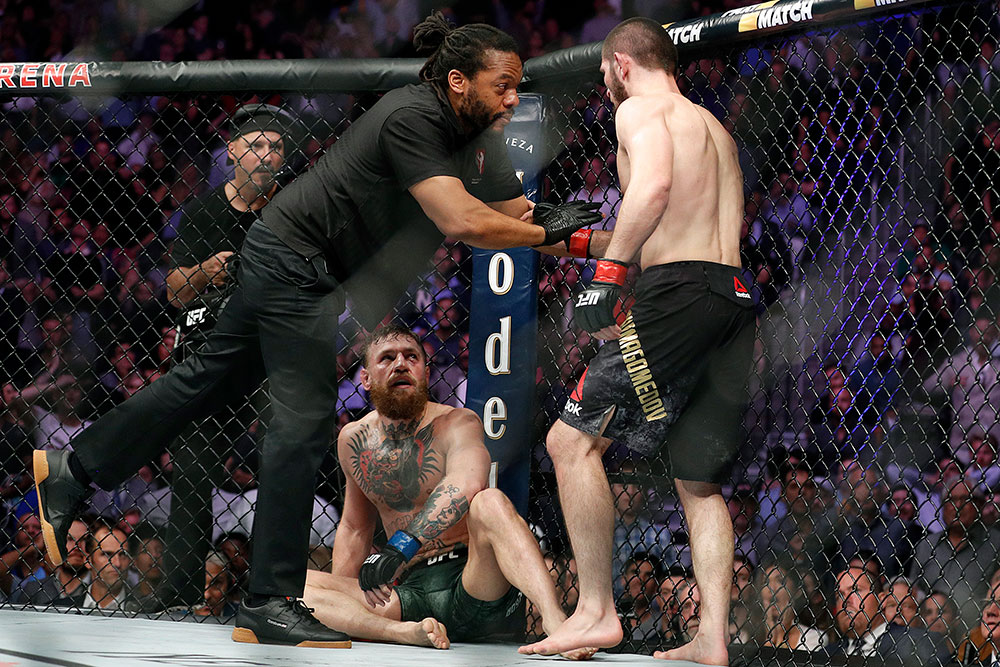