Dan White was all about playing sports while growing up in Lawrenceburg a couple of decades ago.

“I touched every sport except soccer and baseball,” he said. “I excelled in tennis and participated in the others.”

Not only did Dan participate, but he often traveled to athletic events covered by his father, Don White, editor of the hometown paper, The Anderson News. For Dan, his all-consuming early experiences made it predictable that he’d pursue a career in the sports field. And that’s just what happened when, in his second-year enrollment in 2005 as a student at the University of Louisville, he acted proactively to get the ball rolling on his dream. 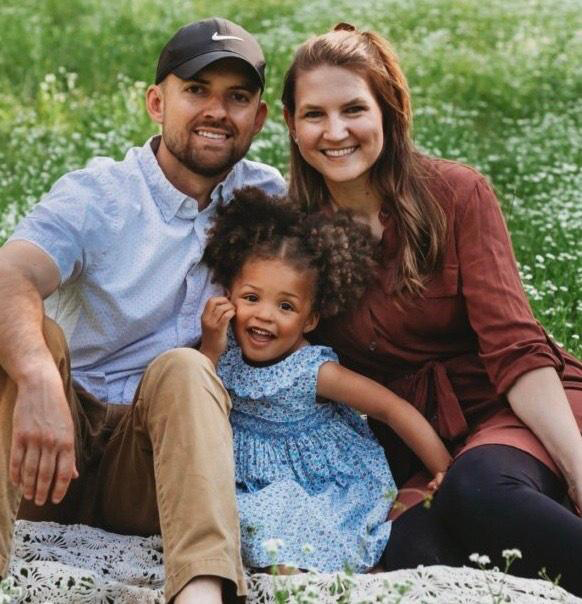 He had lofty thoughts of one day acquiring a prestigious job, say, as a sports information director at a school such as U of L. Unabashedly, he walked into the sports office and asked if the department needed any help. Dan would offer his services free, and he’d be willing to do anything purely for the experience. It appears he did a good sales job showcasing his value.

“OK, we’ll take you,” was the response. That encouragement was the first step on the path of what he thought would keep him passionately focused for life — until it didn’t. More on that later.

Dan’s first volunteer assignment put him in the middle of an exciting event at the school and one well-noted around the nation — the hiring of former Kentucky hoops coach Rick Pitino for the head job at U of L. “I set up chairs and put the backdrop up for the Pitino press conference and got to sit in on it,” Dan recalled.

Not getting paid for his gig was the least of Dan’s worries; he figured he was in “high cotton,” and he was exuberant. He still needed money for expenses, though, and he found time to work the “graveyard shift” at UPS, where he arose from bed at 3:30 in the morning.

After graduating with a degree in sports administration, he said he wanted to still “stick around” athletics at the school — continuing to volunteer and gain experience — but he also needed a job for pay, and one that he could somewhat enjoy even though not in his college major area. He took on a position as a substitute teacher in Louisville’s Jefferson County School System.

“My mom was a teacher and I always thought I’d be good at it,” Dan said. He liked it, especially working with children with moderate to severe disabilities in elementary schools. He kept his dream intact for a career in sports administration, but because of the pleasant teaching experience, he now had another avenue he could lay, he said, “on the backburner… and I might want to do that someday.” 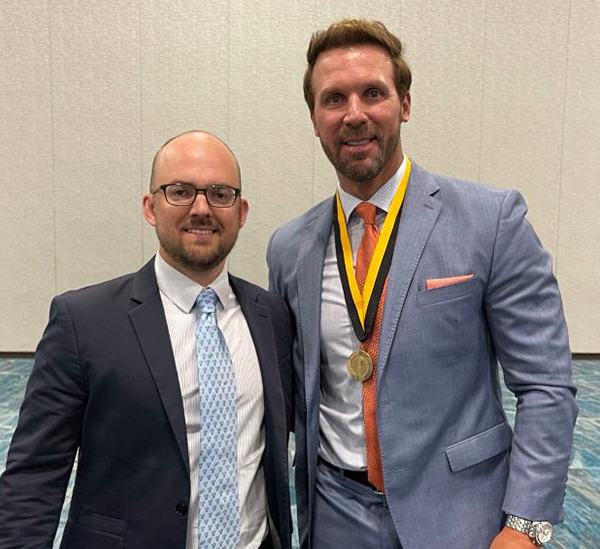 Through his Louisville sports connections, Dan was sent to Connecticut to cover the men’s soccer team in the post-season, a definite plus for his hopes in his field. Not long afterward, he interviewed and was chosen as a support staff member in the Providence College basketball program, where he said he had “marvelous moments” being a part of a big-time athletics program. With that experience, however, he began to think that being around such an atmosphere of uber-high finances and pressure to win, as he put it, “might not be the way I want to live.”

Longing to get back closer to the familiarity of his childhood roots, Dan found a position back in Kentucky that would lead to being an assistant sports information director at Lindsey Wilson College, in Adair County. He stayed five years and enjoyed it. In his travels, he found the town of Pikeville to his liking and in 2013, took on the jobs of sports information director and assistant athletics director at the University of Pikeville. He stayed until 2018, and it was a terrific job doing something for which much of his life prepared him. He was moving up the sports career ladder steadily, just like he hoped he would.

But there emerged a growing need in himself, he said, to “find a wife and get closer to home.” In time, he did both. Dan moved to Lexington and took an event management specialist position with the Kentucky High School Athletic Association (KHSAA). It was another job at which he excelled, but typically Dan spent late hours — a part of his nature. When he married in 2020, it provided extra stress to his new life, especially when Emily and he adopted a child. The circumstances raised a time for some serious thinking about his career situation.

“I saw the wheels turning and saw it wasn’t going to work for my marriage,” Dan told me. “With a lot of prayer and talking to other people, we (as a couple) made a decision (for me) to walk away. The decision shocked them at KHSAA.”

Steve Flairty is a teacher, public speaker and an author of seven books: a biography of Kentucky Afield host Tim Farmer and six in the Kentucky’s Everyday Heroes series, including a kids’ version. Steve’s “Kentucky’s Everyday Heroes #5,” was released in 2019. Steve is a senior correspondent for Kentucky Monthly, a weekly NKyTribune columnist and a former member of the Kentucky Humanities Council Speakers Bureau. Contact him at sflairty2001@yahoo.com or visit his Facebook page, “Kentucky in Common: Word Sketches in Tribute.” (Steve’s photo by Connie McDonald)

With that action, Dan would need another job, and it would need to happen fairly quickly. He soon received a job offer from the University of Kentucky in public relations. He turned it down. He clearly needed a total change in career, one he believed would help him feel more like he was a difference maker in others’ lives.

That’s when, in the fall of 2021, Dan had what he called “flashbacks” to his earlier time spent as a substitute teacher, a positive experience. His young family now lived in Nicholasville, and he learned of a long-term teaching position working with special needs students — much like his experience years before in Jefferson County. The assignment was at the nearby Wilmore Elementary School, and Dan and Emily felt right about him pursuing it.

In his interview, the school’s principal, seeing Dan’s resume, pointedly asked if he was sure about wanting the position. He WAS sure, and he accepted his new responsibility. He started in November. He loved his students and teaching experience, even as he made less money than previously in sports administration. He generally arrived home earlier and spend more quality time with his wife and now, two children (besides the first child, another is soon to be adopted).

By all accounts, Dan White and his family were living a more gratifying life… but there is more. Recently, he took on a similar position even closer to the family’s home, this time at the Nicholasville Elementary School. His salary will be significantly higher, and through a special program, he’ll work on a special education certification program online at Georgetown College.

He and Emily are ecstatic about what’s taken place in the last year, and they see it as providential.

“Dan is a man of many passions and I see his shift from the world of sports into teaching as a step of faith in trusting God with a new path,” said Emily. “Dan has always said that at the end of his life, he wants to be known for his love of God, his family, and others and I would say his career transition has demonstrated his commitment toward meeting these goals. I am very proud of him and have loved watching him grow in his faith, pour into myself and our girls, and love on all the students he has instructed so far in this new season of life.”

Dan White has decided that being a great man in the sports realm, though not a bad thing, doesn’t match the joy of being a good man in service to others. Realizing that took a little support from loved ones and a whole lot of courage.

Next post The mental health variable in police interactions