For years, technology companies sought to woo senior staff from traditional industries, offering them both the opportunity of a leading role in the future of technology and highly competitive pay.

“The reason people wanted to [join such companies] is that they were promising high salaries and huge amounts of shares,” says Sam Burks, executive director at recruitment agency Nicoll Curtin. “Even if they didn’t end up going public, they could still end up being worth a lot more money in five or 10 years.”

And the job offers came as the valuations of these companies outpaced rivals in other sectors by multiples. San Francisco-based payments provider Stripe had a price tag of $95bn as of June 2021, while its UK counterpart Checkout.com was valued at $40bn in January. By contrast, UK high-street lender NatWest, one of the largest banks in the country, has a market cap of around $27bn.

But the changing economic tide has left investors increasingly bearish on the tech sector. That, in turn, has forced big players to make serious job cuts as they seek to prove to would-be funders they have a path to short-term profitability.

For senior employees on the path to executive MBAs — which some view as a stepping stone to a career change — the tech sector still offers opportunities for exciting roles at the cutting edge of innovation. However, in this climate, executives considering such moves need to be more careful about which companies they choose, some recruiters warn.

Geopolitical tensions and a likely recession have hit consumer spending, with the rising price of food and fuel leading to households tightening their purse strings. Big names in sectors that boomed in the low-interest-rate, high-ecommerce period of the pandemic — such as crypto and “buy now, pay later” finance services — have had to make swingeing cuts.

In London alone, at least 4,300 start-up employees have been laid off since the start of the pandemic, according to Layoffs.fyi, a dashboard tracking redundancies in the sector. About a fifth of these were from fintechs such as the investing app Freetrade, revenue-based financing provider Uncapped, and SumUp, which provides payment services for small merchants.

“Some of our more established and longer-term clients have had hiring freezes, with their revenues and profits being affected by the slowdown and the decline of markets globally,” says Alison Power, co-founder and resourcing director at Finiti Search, which recruits for global fintech sales teams.

The effect of that has been a reversal of a years-long trend, says Burks, with the world of traditional financial services looking more appealing. As interest rates rise, banks’ profits have continued to grow.

Find out which schools are in our ranking of EMBA degrees. Also learn how the table was compiled and read the rest of our coverage at ft.com/emba.

“A lot of people [in fintechs] are moving back into the banking world,” says Burks. “They’re happy to take slightly less on total compensation to be in a safer environment, especially with everything going on at the moment.”

This is echoed by a senior employee of a large bank, who says staff hired for technical roles had often ended up leaving to join fintechs — but the rate of attrition has fallen in recent months, reflecting the changing tide.

Burks says he has recently placed individuals from crypto and “buy now, pay later” companies in traditional financial institutions with a lower base salary because they were seeking stability — although some were still taking the plunge in the opposite direction.

Those who are hoping to make a career shift to fintech after an executive MBA are not without options. Investors are continuing to put money into early-stage fintechs with reasonable business plans — which are less capital-intensive than fully grown, later-stage counterparts — offering them a path to growth.

Simon Benson, founder and director at fintech recruitment specialists Wilson Grey, says that he was still seeing staff headhunted to these smaller companies from the big-name fintechs where they have made their names.

“What’s attractive to a company with a series A funding round is people who have done that journey before, proven talent that’s been on that path,” he says, adding that attracting such people can appeal to potential investors. 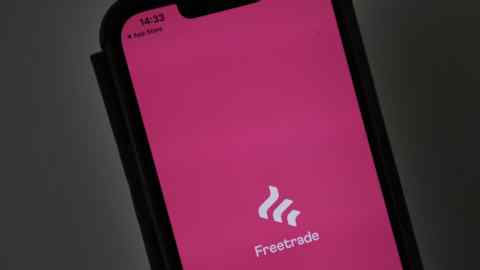 For employees who joined a start-up after it was already established, there are also potential benefits to joining a fresher company. “They get to be part of building something and get equity and options, and can use their experience to get a bigger piece of the pie,” Benson notes.

Power at Finiti echoes that point, adding that larger and more established fintechs are replicating the flaws of established players when it comes to jobs.

“We often find the hiring process is more rigid, and they have less flexibility in terms of offering something different to candidates without jumping through lots of red tape,” she says.