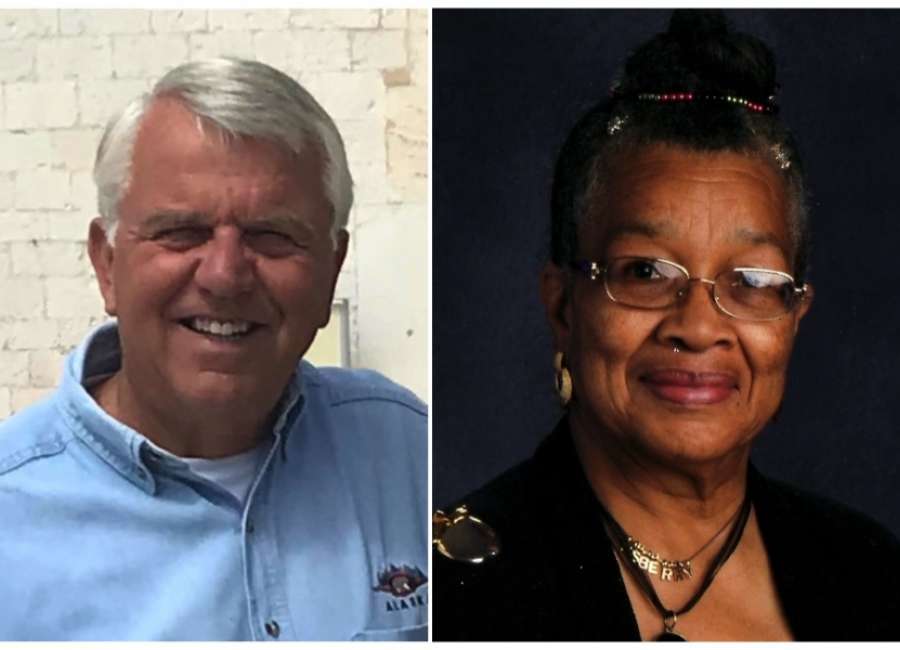 Sells, 72, has been involved in Grantville’s municipal politics for the last eight years, first serving as mayor and now as city councilman. Berry, 81, a former member of Grantville’s Historic Preservation Commission, is well versed in municipal politics as well, having served as city clerk in Seaside, California, when she lived there. The two disagree on the philosophy of how a city should be run.

Sells ran for the seat he now holds because he felt there should be a businessman on the City Council.

“Grantville is a multi-million dollar business,” he said. “If you don’t run it like a business, you waste a lot of dollars that belong to the people.”

That’s why the city has a city manager who can examine the expenses, present priorities and keep the city on budget, Sells said.

Sells is a businessman, having invested in multiple properties in the city that he now manages.

“I’ve built that business from scratch,” Sells said, adding that he believes he is the largest employer in Grantville.

He takes that business acumen into the Council Chambers when he makes decisions, Sells said.

But Berry disagrees. The goal of business is to make money, while government’s goal is providing service, she said.

“Utilities is the only part of Grantville that should be run like a business,” Berry said. “(Tax dollars are) supposed to come back to the people.”

Berry, the owner of Bonnie Castle, has lived in Grantville since 2006. She has been hosting Tea with Dee at her home on Sundays to get a feel for what the residents of Grantville want, Berry said.

“I have a connection with people and the problems they have and some of the things they feel could be better,” she said.

Taxes, utility rates and things for children to do are high on their lists of priorities, she said. The council members need to review the city’s utilities to see if there can be any relief for the residents it serves, she said. Additionally, the city needs a youth center and a recreation director, Berry said.

Sells also believes the city needs a recreation director, he said. The position was established when he was mayor, and he would like to see it refilled, Sells said.

Both Berry and Sells also would like to attract business to the city. Sells said high speed internet is key to bringing new business to Grantville and it’s something the city has been working for years to secure.

“We’re always working on high speed internet to attract business, to provide service to residents,” Sells said. “Those are the two most important things. Business pays the bills and residents get the services.”

Berry additionally noted that the city needs a new image.

“We want to be known for more than “Walking Dead,” she said.

She and her husband, James Berry, a decorated veteran, founded the now-defunct Grantville Chili and Blues Festival several years ago, and she is currently a member of Kiwanis of Grantville which is also working to bring positive events to the city.

Early voting begins on Monday, Oct. 17 for the Nov. 8 election.

Please put in box with candidate’s mug next to their information:

Occupation: field representative with the U.S. Department of Commerce for the Census Bureau