Football is the ultimate team sport. It takes 11 guys on offense and 11 on defense to make a team successful. All of that is true, yet, the quarterback position can be the biggest difference in a win or loss than any other position on the field.

A different pressure comes with playing the highest-profile position in sports. Over the last year, the Oklahoma Sooners have seen a lot of movement at quarterback and still remain in a great spot to have one of the best quarterbacks in the Big 12.

That’s why they continue to reign as “QBU,” according to ESPN. The commitment of Nick Evers quickly after Jeff Lebby arrived, the addition of Dillon Gabriel shortly after Caleb Williams entered the portal, and the commitment of Jackson Arnold back in January for 2023 all support the idea that Oklahoma will continue to recruit and produce high-level quarterback play.

Athlon Sports recently ranked the quarterback position 1-131. Notable former Sooners on the list were Tanner Mordecai at No. 26, Spencer Rattler at No. 14, and Caleb Williams at No. 3.

Let’s take a look at how Dillon Gabriel stacked up with the rest of the Big 12.

Hunter Dekkers is a great athlete that can run the ball. If he can become a more efficient passer, he’ll help Iowa State stay within the top five of the Big 12. 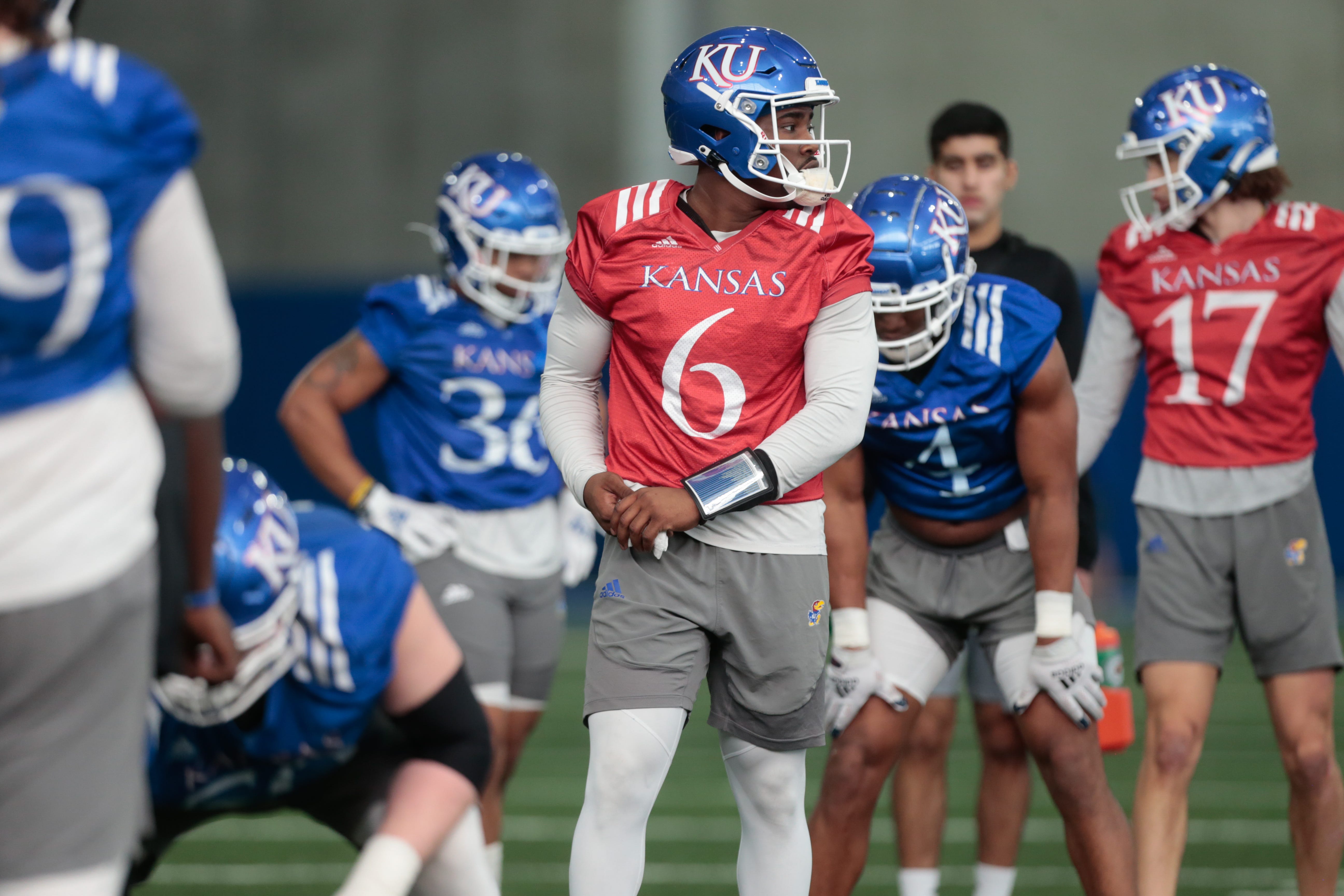 Jalon Daniels was great to close out the 2021 season. In the final four games for Kansas, he completed 70.3% of his passes for 811 yards, eight touchdowns, and ran for 140 yards and three TDs per Pro Football Focus.

Tyler Shough may not even start for the Red Raiders. Donovan Smith, who played well at the end of last season and led Texas Tech to a bowl win will have something to say about the quarterback competition in Lubbock.

Blake Shapen didn’t play much in 2021, but when he did play, he was really good. So good, in fact, that it allowed the Baylor Bears to move on from Gerry Bohanon, who was instrumental in their resurgence last year. 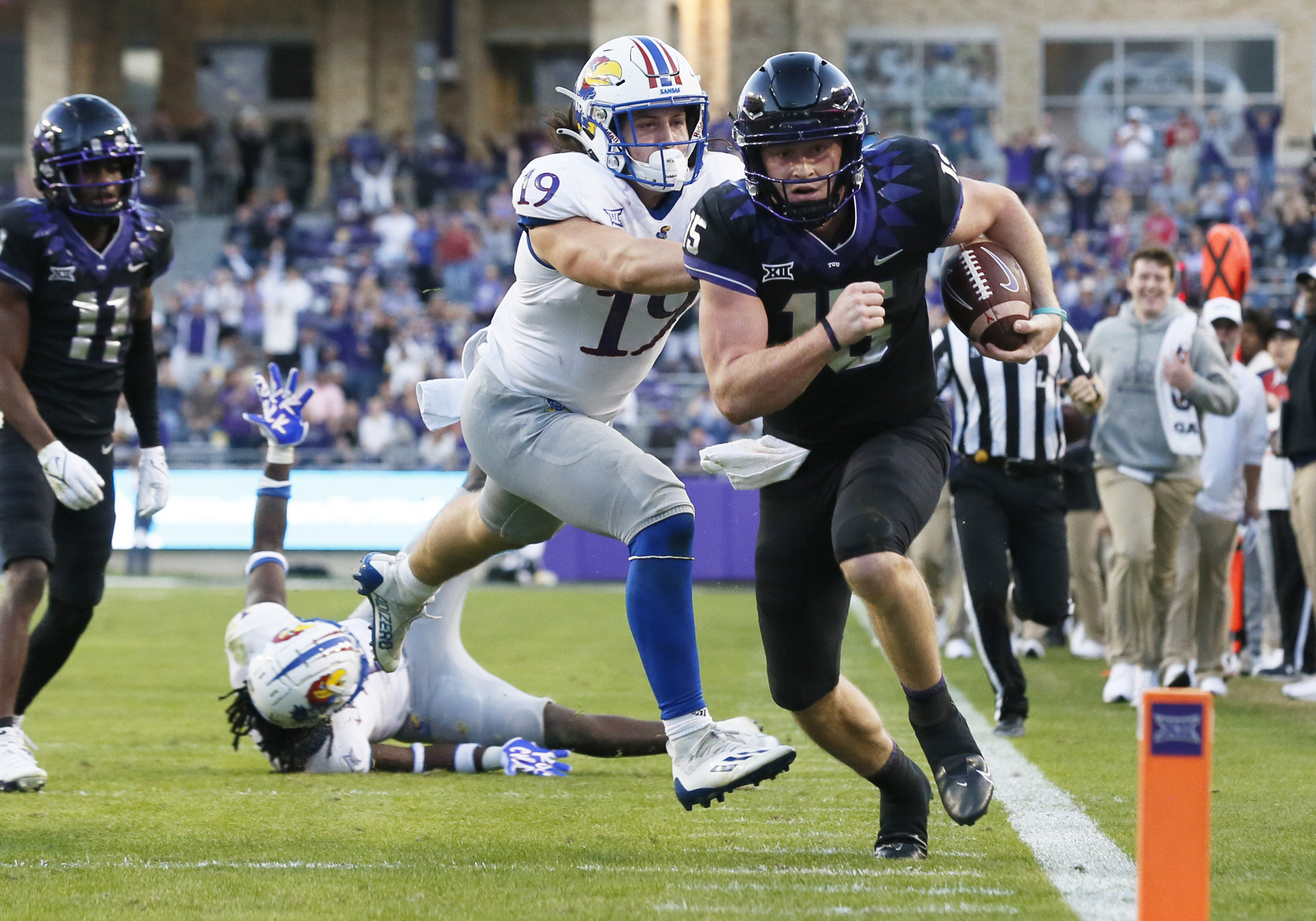 Like Shough, Duggan is locked in a quarterback competition. Former Oklahoma Sooners backup Chandler Morris provides a higher passer ceiling, but Duggan is the better athlete. Fall camp and early in the season will be needed to determine this one. 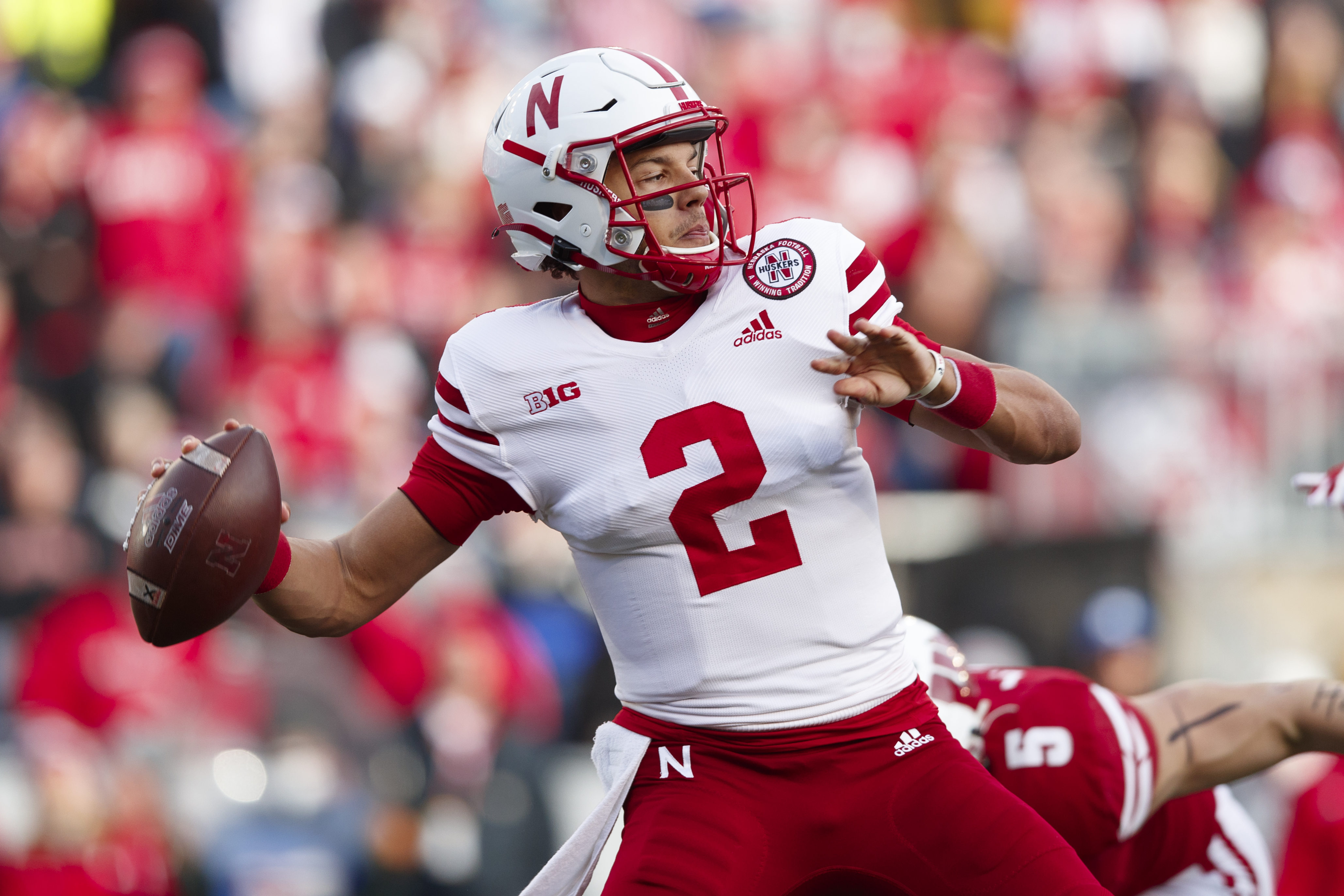 Adrian Martinez certainly has some weapons in his arsenal that he can use to beat you. The problem is, he struggles to protect the football, which isn’t something Skylar Thompson had a problem with. For Martinez to elevate the Wildcats into Big 12 contention, he’ll have to do better than the 30 interceptions and 42 fumbles (not all lost) in his 38 career games. 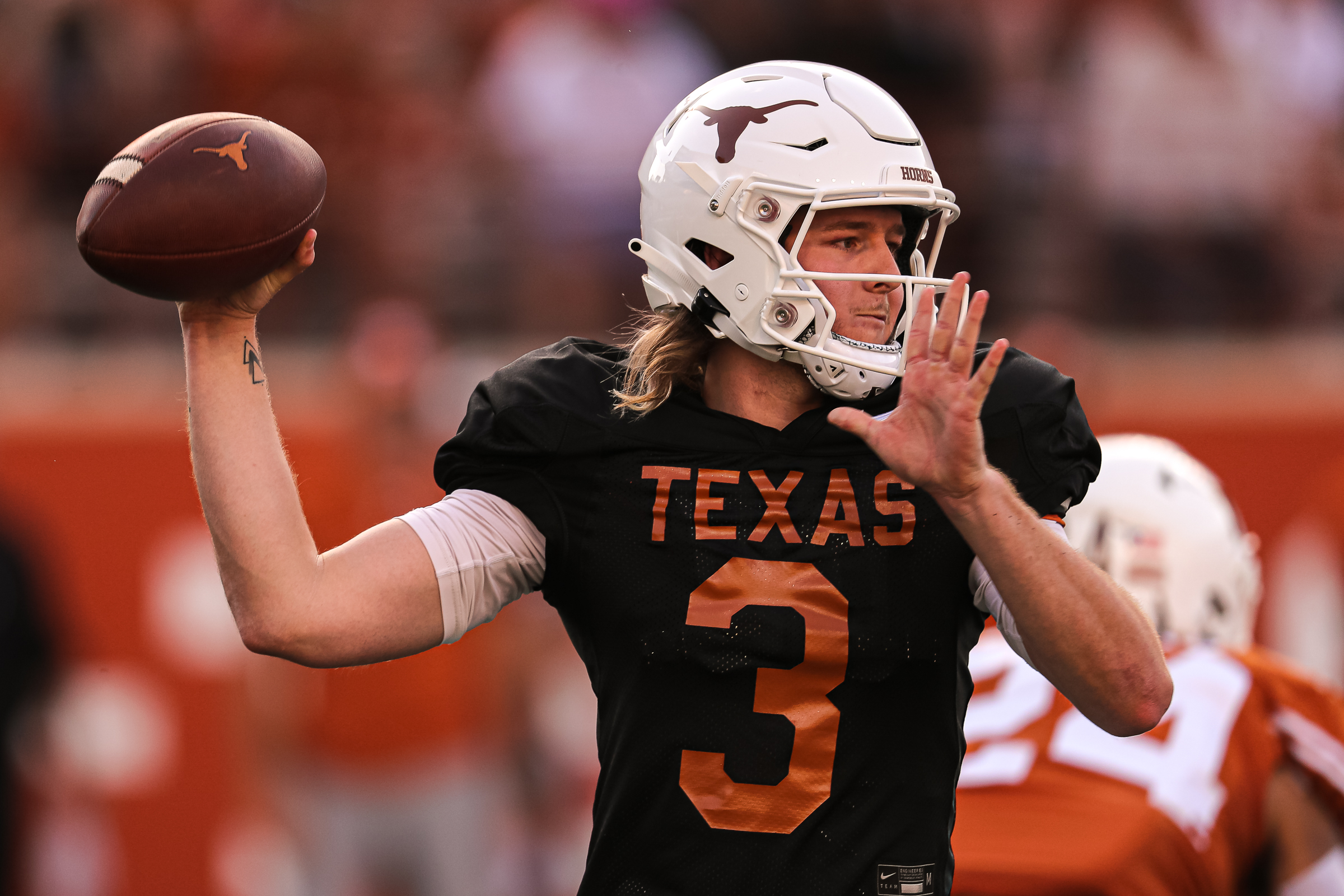 There appears to be a bit of a quarterback battle going on in fall camp between Quinn Ewers and Hudson Card. It may be a battle akin to what Lincoln Riley would do in Norman and all signs point to Quinn Ewers as the starter, but like last year, Card appears to be making the coaches think about it at least.

West Virginia is my dark horse team for Big 12 contention and that pretty much rides on the arm of J.T. Daniels. Daniels, who has transferred twice now from USC and Georgia, has a chance to make the Mountaineers a serious player in the conference as they come equipped with a standout defense. 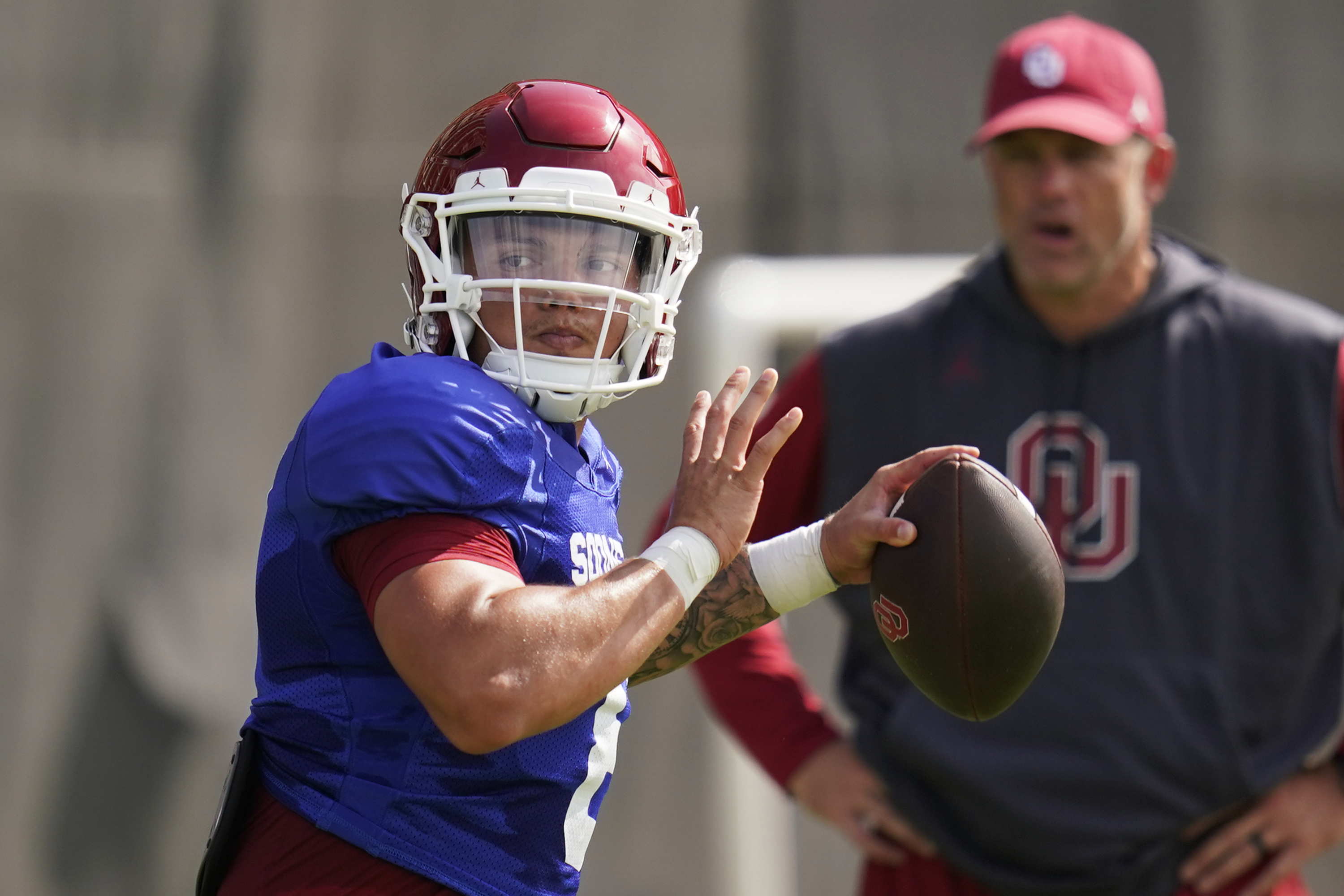 This seems incredibly low for Dillon Gabriel. Yes, he’s taking a step up in competition, but he’s also receiving the benefit of better talent and a familiar offense to walk into.

Here’s what Athlon Sports had to say about it:

The Hawaii native became the starter for the Knights as a freshman in ’19, throwing for 3,653 yards and 29 touchdowns to just seven picks under coach Josh Heupel and coordinator Jeff Lebby. Gabriel was even more productive (3,570 yards and 32 TDs) as a sophomore but suffered a season-ending clavicle injury last season that limited him to just three games. Gabriel has good touch (60 percent in ‘20) as well as the arm to stretch teams (14 TDs of 20-plus yards in ’20). And with Lebby calling the plays now at Oklahoma, the transition should be relatively minimal, allowing Gabriel an opportunity for a fast start in ’22. – Steve Lassan, Athlon Sports

Perhaps college football just has a bunch of talented quarterbacks right now, but I’d venture to guess this is a wait-and-see ranking for Gabriel. If they were to re-rank at the end of the 2022 season, Dillon Gabriel would be well within the top 10.

The Big 12’s first-team quarterback from the 2021 season and preseason selection, Spencer Sanders, created some high expectations from his impressive performances against Oklahoma and Notre Dame. If he can be that quarterback and not the one we saw in the first half of the Big 12 championship game, when he threw four interceptions, Oklahoma State will be a contender despite what they lost on defense.