The interviewers queried students about how they plan to get more experience in their interested career, if they have a college or other post-secondary education in mind and if they’re doing well in school. The interviewers then filled out a rubric grading the student on eye contact; hand shake; attentiveness and attitude throughout; and whether they’d hire them based on the mock interview.

Michael Beaumont, one of the interviewers and the director of athletics for Fort Smith School District, noted real interviews can be nerve-racking, and people get rejected without knowing why. The interviews show students what to expect.

One of Beaumont’s interviewees was Juan Ramirez. He said he wants to coach high school soccer because he wants to see students enjoy the sport, and he thinks he can help them.

Just as in a real interview, Ramirez had several questions planned for Beaumont as well. He asked how starting salaries for coaches work, how he could help a student if he were struggling academically and how he can practice now to be a good coach.

“You take a piece here and a piece here, and then you make your own plan. But you won’t have to structure all that on your own,” Beaumont said. ‘There’s lots of people who have been doing what you want to do, and they’re really good at it. So you kind of take from them and take the best of what you learn.”

Student Shakirah Parker said she wasn’t surprised about the questions she was asked about her interest in nursing, but was surprised with how she was able to conduct herself.

“She said I did actually really well,” Parker said about her interviewer. “I’m proud of that. I got to control myself and actually putting my best effort into the interview and not letting my nerves get the best of me.”

Eryan Zelaya said he’s had a long time interest in becoming a plumber because he’s seen a labor shortage in the profession and wants to be able to help people, especially his parents.

Zelaya said he was asked why he should be hired as a plumber instead of another candidate.

“I explained because I’m a very hard worker, and I can do the stuff that other people would not like to do,” he said.

Zelaya said he also learned he could reach a higher certification if he takes certain trade school classes, and he’s interested in looking more into that.

Darby has held mock interviews for the eighth-graders for several years as part of the Career Connection class, though the event was canceled for the last two years due to the covid-19 pandemic.

Career Connections teacher Leslie Martin said the students did a whole unit leading up to the interviews, which included writing cover letters and resumes.

“In eighth grade they choose their career pathway,” she explained. “Obviously, we tell them it’s not set in stone, it can change. So once they’ve kind of decided, that helps them to choose the courses that they’re going to take for ninth through 12th grade. This kind of gives them an idea of what’s out there, what their options are.”

Heather Rincon, owner of Crane Clothing Company in Fort Smith, said she decided to volunteer as an interviewer because she taught at Darby for 18 years and knows how important real life experiences are for the students. She said it also helps her as a business owner to see what the future workforce wants and expects from their careers.

Rincon added she would be interested in interning or hiring the students in the future to help give them experience in her field, adding she’s done it before.

“If they think ‘Hey, I want to do this’ and they can intern, and then they get out there and they say ‘You know what? That’s not what I thought it was. I don’t want to do it.’ And that’s OK,” she said. “That’s a valid response and time well spent, because they can check it off and move on to the next thing. I’ve always told kids that what they end up doing is not one decision, it’s a series of decisions and happenstance. And it’s a road, so they have to start traveling it now.” 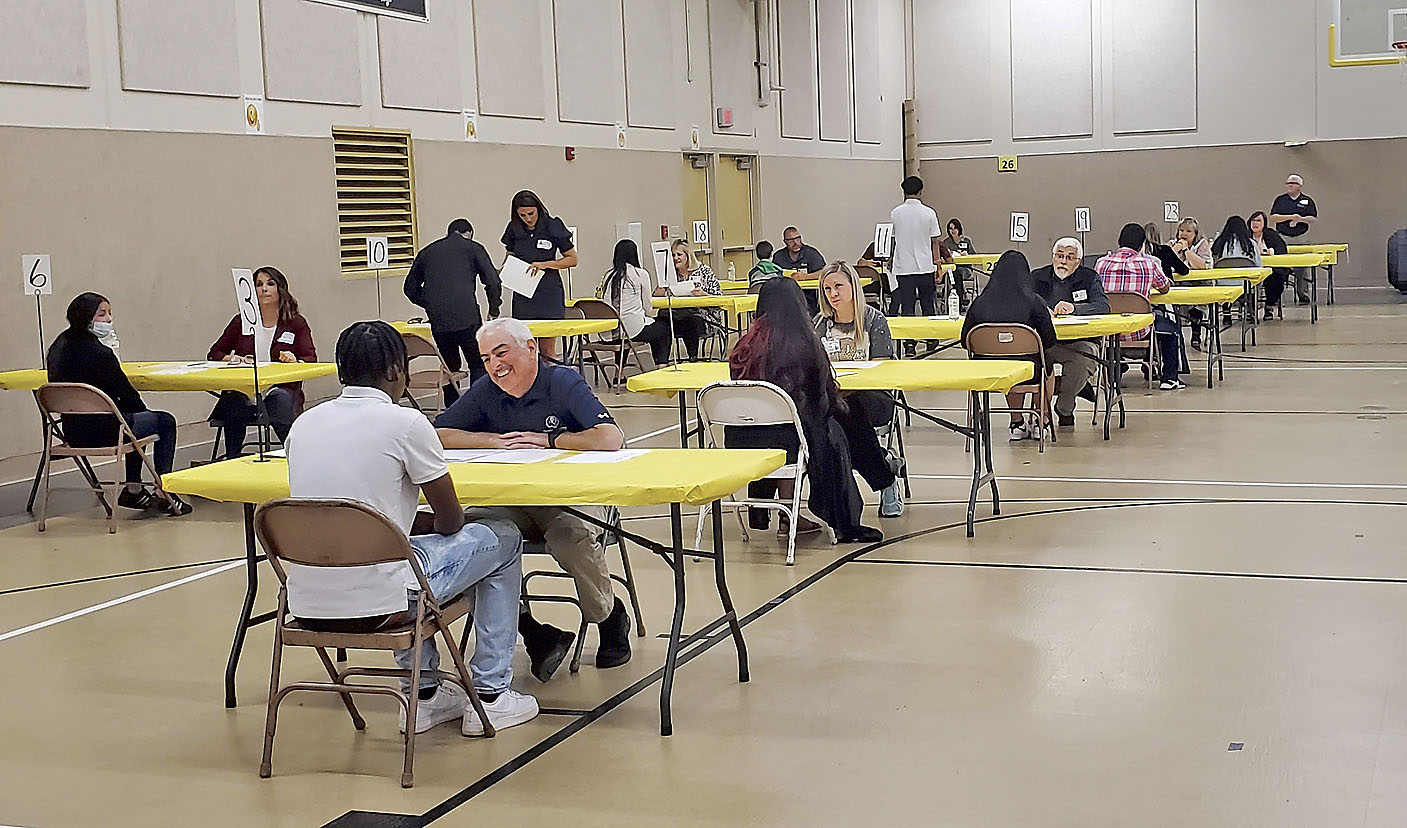 Next post When divorced parents can’t agree on vaccinating the kids : Shots