For Kelly Ring, family has always been first

TAMPA, Fla. – For people lucky enough to know Kelly Ring, they know she is – above all – a mom.

FOX 13 viewers have watched her kids grow up, so we wanted to get her family’s take on Kelly’s career, from her husband of 27 years, Ed, to Clark, Kendall and Raleigh.

Kelly married ed in 1995 and soon, their family went from two to five.

Clark’s 25 now and in medical school. He remembers growing up with a famous mom.

Wedding photo of Ed and Kelly

“Yeah, it was pretty interesting going to the store. I don’t think I really got it until I was older, but people would come up and say hi to her and she’s always take pictures with them and sign autographs,” Clark remembered.

“At the dinner table every night, she would come home and tell us the biggest story of the night and it would be, even when I was young, I was connected to what was happening in the world,” Kendall recalled.

And the baby, Raleigh, is now a sophomore at Notre Dame. When he was a kid, he didn’t even realize where mom went after he fell asleep.

FOX 13’s Kelly Ring and a crew of journalists were able to enter Cuba to cover the PanAm Games in the 1990s, but they were also able to cover the conditions of everyday Cubans living in poverty.

“She would put us to bed at 9:15 or 9 when we were younger so I would never realize she went back to work,” he said. “She was always home when we were home, always the mother we needed, to help with homework or whatever it was.”

Her family says Kelly was a strict mom, but always fair.

“Yeah, she can be pretty tough,” Clark said with a laugh. 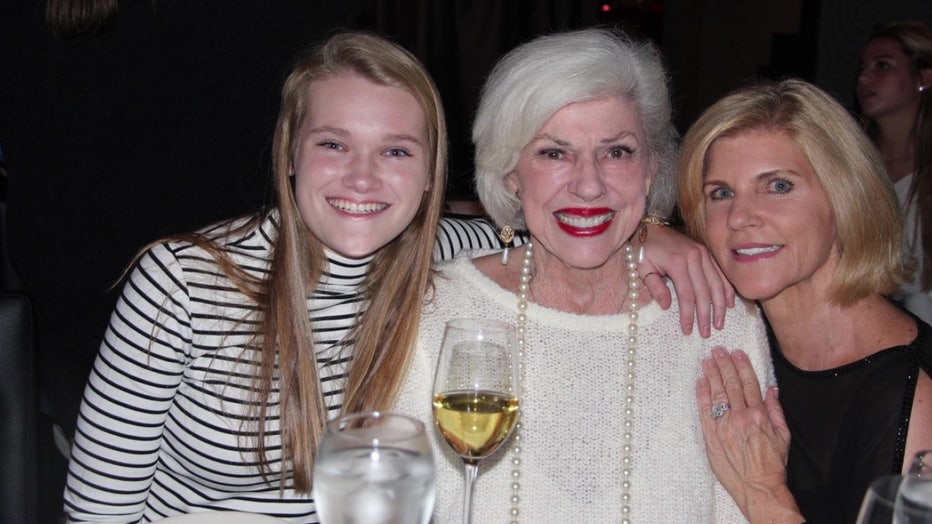 Kendall and Kelly with Kelly’s mother

“Her mom was that way,” Ed said. “Her mom pushed Kelly and it shows it was worthwhile but she’s just like her mom, very high energy, very compassionate about what she does.”

Kendall added, “She definitely was a tough one, that’s for sure… She has strongest work ethic of anyone I’ve ever met.” 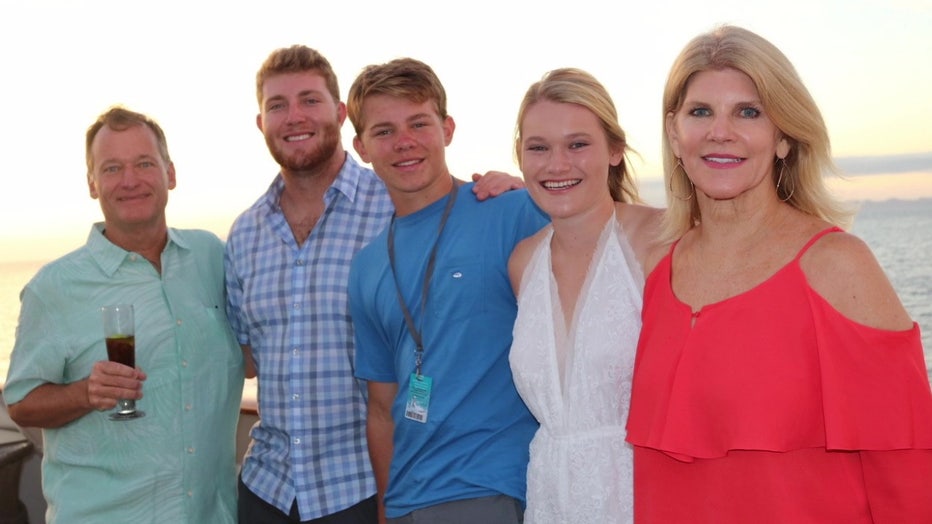 All grown up, Ed with Clark, Raleigh, Kendall, and Kelly

But being a mom always came first, from picking the kids up from school to instilling values and work ethic.

“That’s something people don’t get to see, what a fantastic person she is behind the camera, behind the polished reading the news, all the amazing things she’s engrained in our family,” Kendall said.

She may have anchored the news for three decades, but FOX 13’s Kelly Ring has also reported stories all over the globe. As she nears retirement, we’re revisiting some of her most important journalistic works.

Now her family hopes to see a new side of “mom” in retirement.

“I want Kelly to relax and enjoy fruit of her labor,” Ed said. “She’s worked around the clock not just as a news anchor but great wife and raising the kids.” 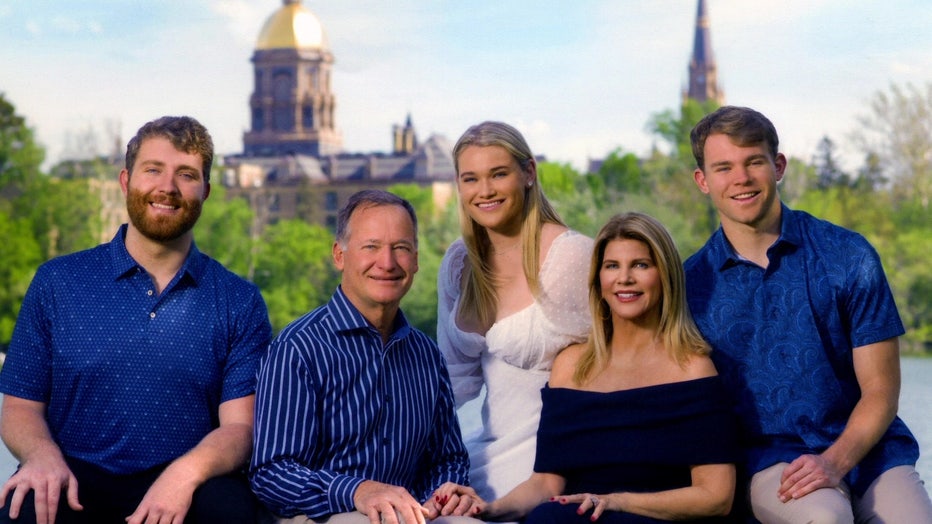 When Kelly gives her final ‘goodbye’ to the viewers of Tampa Bay, they should know her family is aware of what she means to them.

“There have been so many interactions with people that now I understand what a meaningful person she is to other peoples’ lives,” Kendall said. “I’m so proud of my mom.”

From Tampa Bay to Hollywood, well-wishes pour in for Kelly Ring

During Kelly Ring’s last week on-air, goodbyes and well-wishes are pouring in from the Bay Area all the way to Hollywood. From Thunderbug to Ross Chastain and even Mario Lopez — Kelly will certainly be missed!

“I am so proud of her I can’t imagine how she could have had a better career and been a better mother she accomplished everything. I’m so grateful and proud of everything’s she’s done,” Clark added.

Kelly Ring looks back on her journey to Saudi Arabia during the build up to Operation Desert Storm.

Previous post Politics Podcast: Are Trump’s Endorsees About To Lose In Georgia?