The great Sandy Koufax, the Dodgers’ iconic left-hander, finally received his place forever immortalized at Dodger Stadium. The Dodgers, after a two-year wait due to the pandemic, unveiled a new statue depicting the Hall of Famer out in the centerfield plaza.

Dodgers Nation was in attendance for the honor.

On top of the statue reveal, the legendary hurler was shown on Dodgervision during the game where he received a lengthy standing ovation.

Another piece of the puzzle put together by the team was a phenomenal video tribute on the legendary life and career of Sandy Koufax. Over his 12-year career with the Dodgers, Koufax won 165 games while posting a 2.76 ERA. In a five-year run of absolute dominance, the lefty rattled off 111 wins with a minuscule 1.95 ERA spanning 1377 innings pitched.

Along the way, he tossed four no hitters, including a perfect game, and helped lead the team to three World Series titles in 1959, 1963, and 1963. Additionally, he was part of the first ever championship in franchise history with the 1955 Brooklyn Dodgers.

He also won three Cy Young Awards and was named the National League MVP in 1963. Koufax was enshrined in the Major League Baseball Hall of Fame in 1972 alongside teammates Jackie Robinson and Roy Campanella.

In the below video, veteran play-by-play man Charley Steiner navigates the audience through Sandy’s brilliant career. 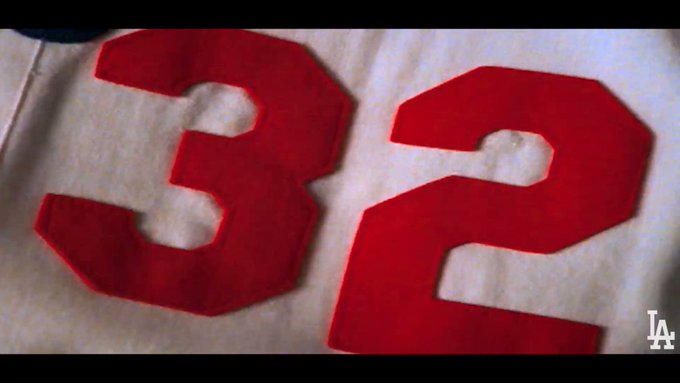 A special shout out and congratulations goes out to video team editor Erick Vazquez and the entire Dodgers video production team for the great 6 minute and 33 second package.