Devin Haney is the new undisputed lightweight champion of the world after he beat George Kambosos Jr in Australia.

The win means the Las Vegas product retains the WBC belt and takes the lineal/WBA/IBF/WBO crown from the 28-year-old Australian.

Haney took his record to 28-0 (15 KOs) and became the first undisputed lightweight champion since the late Pernell Whitaker in 1990. “This is a dream come true,” said Haney. “I was comfortable. I was sticking to the game plan, the game plan was to go in and hit and not get hit and I did that for the majority of the fight.

“I took the last round off because I knew I was comfortably ahead, but I fought a good, smart fight.”

‘We will do it again’ – Kambosos Jr wants rematch 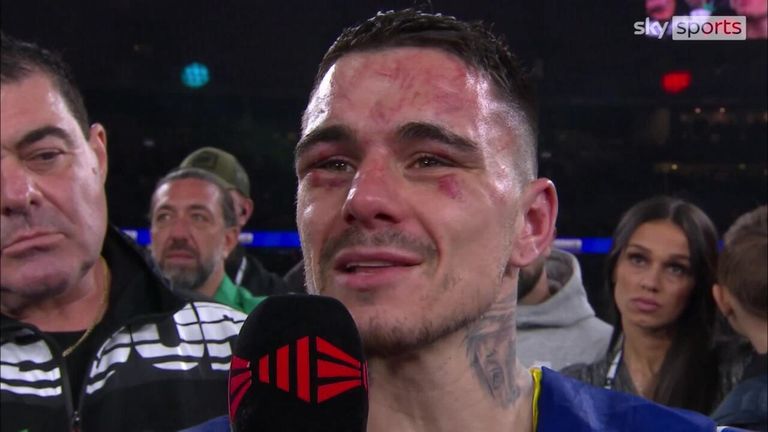 Kambosos Jr, who became world champion when he scored a surprise win over Teofimo Lopez last November, threatened to ignite a cautious opening round with a late flurry of punches.

Haney, though, was unflustered by the Australian’s attempts to impose himself, using his jab to steadily gain control of the fight and Kambosos’ face started to mark up under the eyes by the halfway point.

The American was pushed to the canvas during the eighth and Kambosos Jr upped his tempo in the next round but, with his opponent continuing to prove elusive, the home boxer grew increasingly frustrated.

Kambosos Jr was unable to make much of an impression on the 23-year-old, however, and in the end the judges handed Haney a comfortable margin of victory, with two judges scoring the bout 116-112 and the other giving the American a 118-110 win.

“I want to take the best test, the hardest test and I’m going to give him full respect for his victory and let him have his time,” said Kambosos Jr, who lost for the first time in 21 fights.

“We’ll do it again. I have to implement a few things but I thought the fight was very close.”