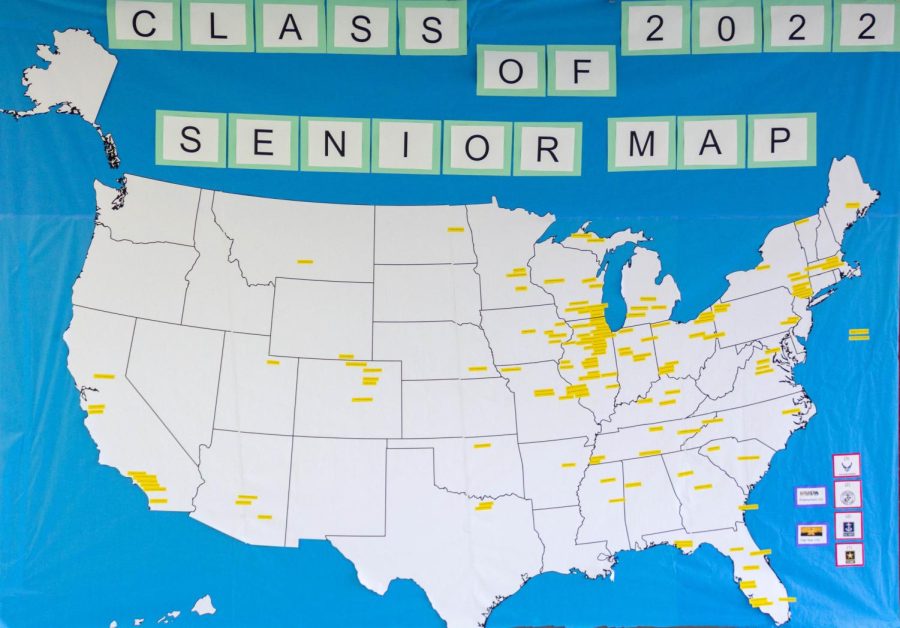 The Class of 2022 senior map showcases the number of students from Central going to each college as well as other postsecondary plans, such as employment, trade school and the military. The map is located in the hallway to the right of Student Services.

“I’ve heard complaints that the map looks so focused on college. We know that there are a lot of other students who have different post secondary plans who are doing employment and gap years and military,” Madalyn Corder, Central’s college and career counselor, said. “Typically we would have somewhere between two thirds and three quarters of the class. [This year’s map includes] over 90% of the class. So more of the class has been represented in this map than ever before.”

The map is located in the hallway to the right of student services. One change from previous years is the map only shows the number of students choosing each college or future plan.

The change may also change how other students view alternative post secondary plans.

“I think if I’m a student and I’m going directly into the workforce, maybe I’ll feel like I’m not doing something that everyone else is doing,” Corder said. “But now, when I see employment and there’s like nine or 10 I can be like ‘there’s like other students in this building who are doing that too’ and it makes you feel like this is a viable path.”

Corder and Jen Dotson, the college and career counselor assistant, collected the data for the map.