MIDDLEBURY — New federal rules governing the way Career and Technical Education is evaluated and funded could soon make it a lot harder “for the show to go on” at the Patricia Hannaford Career Center’s cherished Addison Repertory Theater program.

“If (the Agency of Education) steps in to remove performing arts from Career and Technical Education (CTE), they are no longer listening to the desires of the community,” said Eric Reid-St. John, instructor at Addison Repertory Theater, which is commonly known as ART.

“I think people like the program and have a connection to it. It’s disappointing to me that the state wouldn’t allow the community to decide that; they’d just remove it as a possibility.”

Here’s the crux of the issue: new federal legislation called “Perkins V” that is tightening the rules by which programming can meet the definition of, and therefore qualify for, Career and Technical Education funding and designation.

Perkins V introduces a comprehensive local needs assessment that requires data-driven decision-making on local spending, involves significant stakeholder consultation and must be updated at least once every two years, according to Reid St. John.

Implemented in 2019, “Perkins V” — also known as the Strengthening Career and Technical Education for the 21st Century Act — provides state and local career centers with a framework to encourage equity within tech ed. It does this by doing a local needs assessment through which CTE programming is judged based on factors including whether the program meets the needs of the local labor markets and can reasonably assure enrollees jobs in their chosen field following graduation.

“The legislation requires Perkins-funded programs to prepare students for high-skill, high-wage, or in-demand occupations,” reads an Agency of Education overview of guidelines on what types of programs do, and don’t, measure up with current labor market information. “It is not enough that a CTE program aligns with labor market information; the program design must ensure that students leave CTE programs with the skills employers and the Vermont economy needs.”

The state overview assigns a “yes,” “no” or “maybe” as to whether career centers’ current CTE offerings align with local labor market needs and whether individual programs are likely to net graduates high-demand and/or high-wage jobs. Based on those criteria, the agency is now stating that performing arts/theater arts offerings can’t meet the Perkins litmus test for grant-eligible CTE  programming, though the agency is going to let the Career Center make a case for Addison Repertory Theater.

Reid-St. John said he learned of the potential peril for the ART offering last year, when the career center sought state permission to run a “pre-tech” theater program for Addison County’s ninth- and 10th-graders. Currently, students in those grades are ineligible to take ART class.

The career center’s request was met with a double dose of bad news from the AOE.

“The state denied us that (pre-tech) program, and people in the CTE division at the agency let me know the plan was to remove any kind of performing arts from CTE in the state of Vermont,” Reid-St. John said.

So rather than being able to expand its theater-related curriculum to younger students, the career center was suddenly facing the prospect of having to shutter ART altogether after 27 years. Steve Small and Candace Burkle founded ART in 1995, and the program has served hundreds of students from the Mount Abraham, Addison Northwest and Addison Central school districts who have been interested in theater-related careers ranging from acting to set design.

Some ART alumni have gone on to work in the professional world of theater, television and movies. 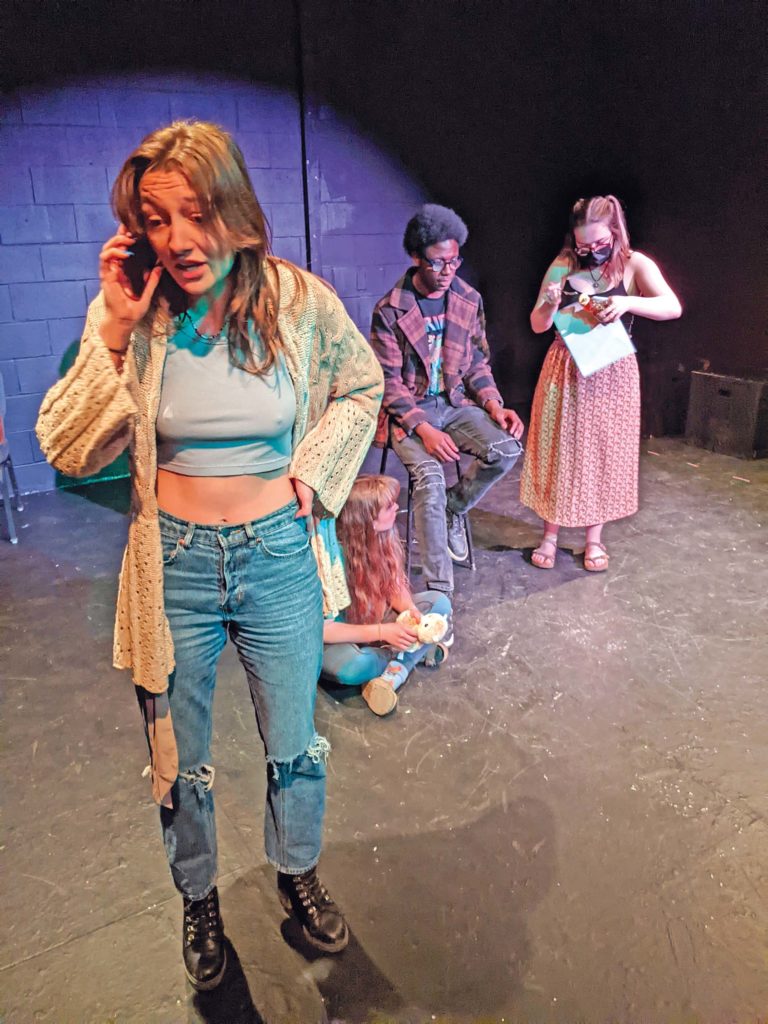 Still, Reid St. John and other Career Center officials are being given a chance to prove the Agency of Education wrong on Addison Repertory Theater. To do that,  ART boosters will have to assemble surveys of the local business community, reports and a raft of other material to prove ART graduates have solid job prospects and good earning potential, among other things.

Representatives of ART will also have to compile program graduate placement data, along with alumni interviews that might bolster the program’s case.

Jay Stetzel, assistant director at the Career Center, said ART’s standing as a CTE program took a step forward on Tuesday when, during a virtual conference with state education officials, career center officials announced that Addison Repertory Theater would (beginning this fall) offer a dual enrollment option for enrollees that would qualify them for three college credits in public speaking.

Agency of Education officials “said those are the types of things that tell us the program is viable and will meet labor market needs,” Stetzel said.

Reid-St. John is hoping to convince state officials that Addison Repertory Theater students leave the program with a variety of skills applicable to many different jobs — and not just in the theater world. He said they’re also cut out for jobs “across a wide range of industries,” including construction techniques, electrical fundamentals, computer programming, design and direction/leadership.

He added ART has a great track record getting its graduates on to higher education programs.

“Students in my program tend to get into the college they want,” he said. “It provides a pretty good foundation for students to take with them.”

Reid-St. John and Career Center leaders are willing to fight to keep ART running, but are hoping for a level playing field.

“When (the Agency of Education) went ahead and told me I wasn’t meeting the requirements before I’d ever had a chance to fill out their papers, it felt a little like I’d been judged ahead of time,” Reid-St. John said.

There are currently 15 students enrolled at ART. Thirteen are aspiring actors and three are on the tech track. Seven students have registered for next year’s tech class, and eight have enrolled in the acting track. The ART program is capped at 20 students.

ART enrollment has slipped in recent years. Four years ago, it counted around 20 actors and a handful of techies.

“The numbers could be better, and that’s one of the reasons I wanted to do the pre-tech program,” Reid-St. John said.

The Independent reached out in mid-May to Ruth Durkee, the Agency of Education’s director of Career and Technical Education, to provide input for this story. Instead, the newspaper received a reply from the agency that its CTE team was engrossed in fieldwork, and the Independent was invited to submit questions in writing. AOE Executive Office Manager Suzanne Sprague provided the responses.

Sprague said theater and performing arts programs “may or may not belong” at CTE centers, and it will be up to the career center to complete a comprehensive analysis to determine if its program can align to all federal CTE program requirements — including “alignment to labor market need in Vermont, which would subsequently make the determination of its place.” 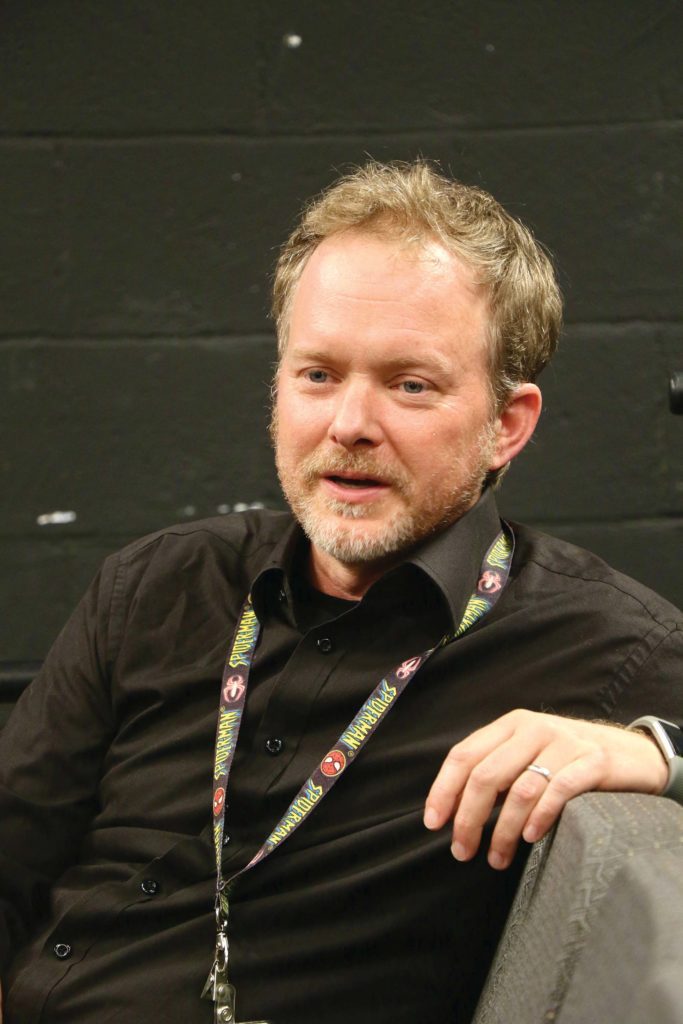 The Independent asked Reid-St. John if ART could become part of a local high school; Middlebury Union High School is right next door. But he noted the program would then be confined to students of the host high school — barring a tuition arrangement with other school districts.

“The benefit now is that I can get students from Vergennes, Mount Abe, Middlebury and Otter Valley,” Reid-St. John said.

Stetzel noted the career center doesn’t receive a lot of Perkins money; it’s forecasting $113,946 in such revenue next fiscal year, which would be around 2.78% of the career center’s total spending of $4.1 million.

What’s most important is having the ART program qualify as a CTE course, which allows the career center to collect state aid for each enrollee, Stetzel noted.

“We can decide to still include (ART) into our budget and we just won’t get funding for it,” Stetzel said. “We would basically be absorbing it in our budget, because we believe it’s a valuable program and helps to prepare students for a variety of fields.”

There’s currently an attitude at the Hannaford Career Center that “we’re going to make it happen, no matter what,” Stetzel said of the ART offering. “Hopefully the (state agency) believes we have made the case.”

Reid-St. John said some of his students have told him that ART was the only education offering that kept them in school. He’s concerned that if CTE is limited to only a certain number of niche, labor-focused courses, “I think we’re going to drive some kids away from school.”

He counted himself as among students who stayed in school because of arts offerings.

“I struggled in my academic classes my first two years,” he said. “Theater was what made me want to come to school. Students want this opportunity, and it angers me to think that adults who’ve never set foot in my program, who’ve never talked to me about what we do here, are removing that possibility from these kids.”

John Flowers is at johnf@addisonindependent.com.