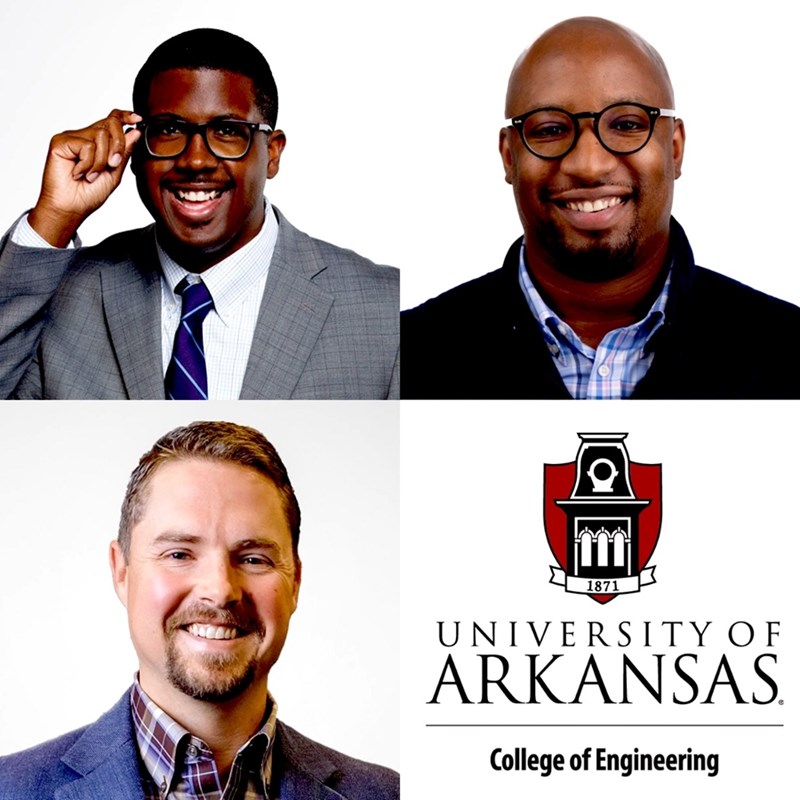 Three alumni of the U of A College of Engineering have been named to Arkansas Business‘ annual listing of business leaders known as the “40 Under 40.”

The list recognizes business and political leaders under 40 years old who have made an impact on their company or community and show potential to be a leader in the next decade, according to Arkansas Business.

Brown is chief technology officer of data services at First Orion, a telecommunications company. He started his career at Acxiom in 2009 before joining First Orion in 2016 as a founding member of its data team.

Nichols is director of data and strategy for Forward Arkansas, a nonprofit that works to improve education access and policy for Arkansas students. He taught robotics before returning to the U of A for a Ph.D. in education policy. He joined Forward Arkansas in 2018.

“Our success as educators is reflected in the success of our graduates,” said Kim Needy, dean of the College of Engineering. “To have three different engineering departments represented on this list of high achieving leaders is a ‘wow’ moment that makes all of us proud.”

Leaders are nominated by the public and Arkansas Business editors select the honorees.