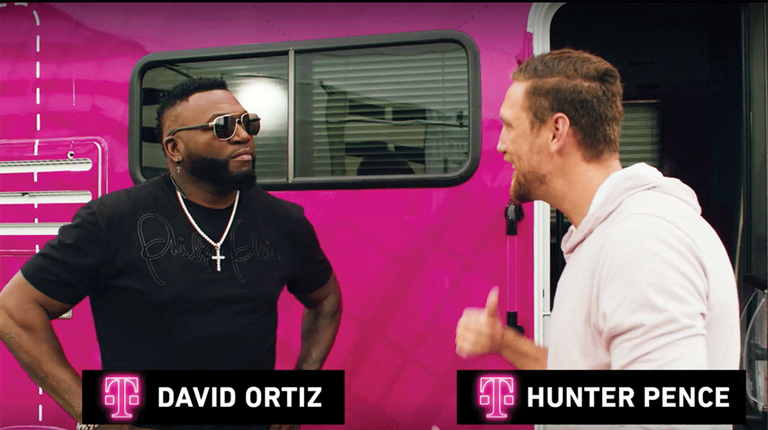 The agency partnered with T-Mobile for a national marketing campaign, “Win on the Road,” to highlight the brand’s 5G coverage. Content featured professional softball player AJ Andrews and David Ortiz discussing the 2021 postseason, and Ortiz sharing his experiences from when he “won on the road.” To celebrate Peyton Manning’s induction into the Pro Football Hall of Fame, 160over90 worked with Michelob Ultra to re-create his HOF bust in the form of a tap handle, which generated 4.2 million total impressions and 100% positive sentiment. 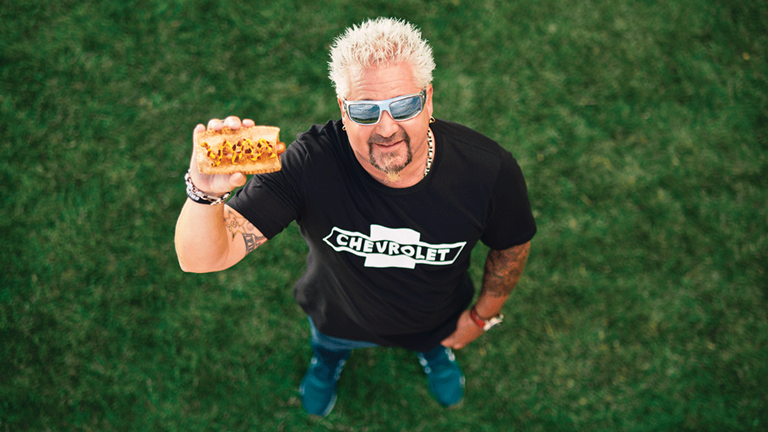 The agency helped secure a multiyear agreement between Chevy and MLB that included the rights to Opening Day across the league, leading to the creation of nostalgic programs such as the Field of Dreams moment and summertime activation that included Guy Fieri’s apple pie hot dog merger — a creative spin on a classic Chevy jingle. Jack Morton also helped develop PGA Coaching Live, a Cadillac-sponsored digital platform designed to engage golf fans before, during and after the PGA Championship. It included real-time tournament updates, access to PGA coaches and content with films featuring Collin Morikawa sharing tips and getting behind the wheel of the 2021 Escalade. 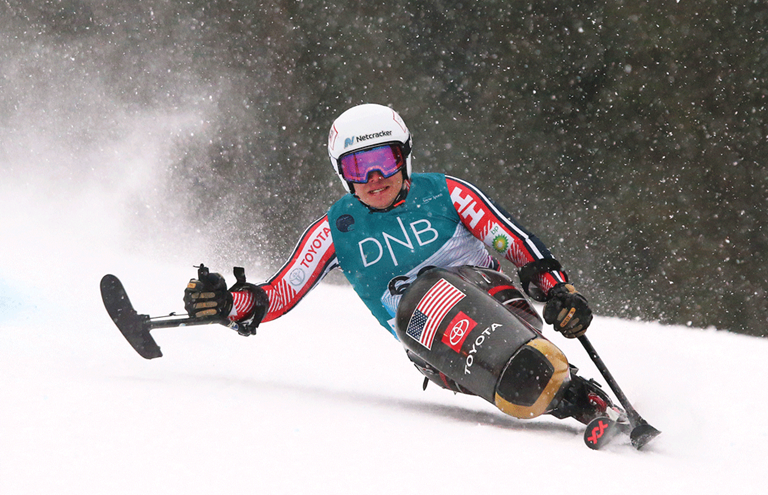 MKTG built the strategy and managed the negotiation for Intuit’s title partnership of the Intuit Dome, the future home of the Los Angeles Clippers. The agency guided Charlotte FC kit sponsor Ally through its activation campaign — using social media and augmented reality — around the jersey reveal for the new MLS team, resulting in one of the top three highest-grossing kit launches in league history. MKTG also worked with Toyota to establish a first-of-a-kind Paralympian fund that distributed over $1.3 million in funds to help 435 individual athletes on their Paralympic journey. 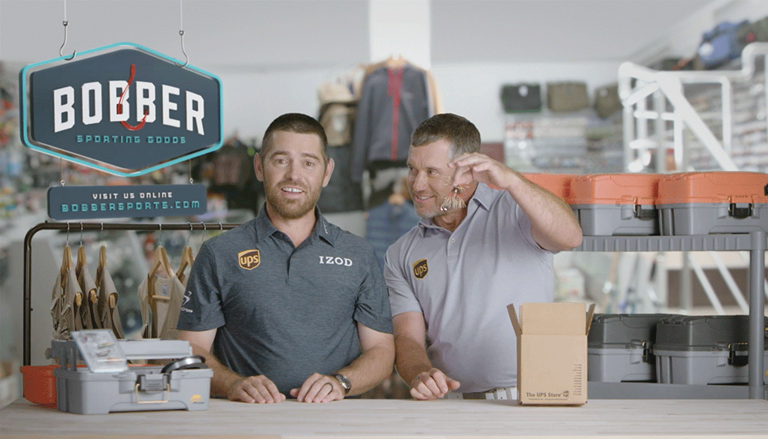 Octagon worked with many of its clients in 2021 to expand the industry’s investment in women’s sports. That work included establishing multiyear, multimillion-dollar partnerships for Mastercard as an official sponsor of both the NWSL and World Rugby and the brand’s continued efforts to level the pay gap in sports, creating a bonus program with the NWSL, which allocated $1 million each year to the league’s top players. The agency also collaborated with UPS to develop and produce the “Business Drivers” national marketing campaign, designed to promote small businesses in need, by enlisting the help of golfers Louis Oosthuizen and Lee Westwood (above). CAA negotiated huge add-ons to LoanDepot’s naming-rights deal for the Miami Marlins ballpark, including presenting sponsorship of the ALCS and NLCS and the launch of Home Means Everything campaign. The agency’s leadership of Coinbase’s first major sports deal with the NBA, WNBA, G League, USA Basketball and NBA2K, along with top player and key team partnerships, led to multimillion impressions for crypto gifting during the holidays. CAA also leveraged COVID make-good discussions to extend Chase’s Madison Square Garden marquee partnership for a new six-year deal with new assets like the Chase Lounge. 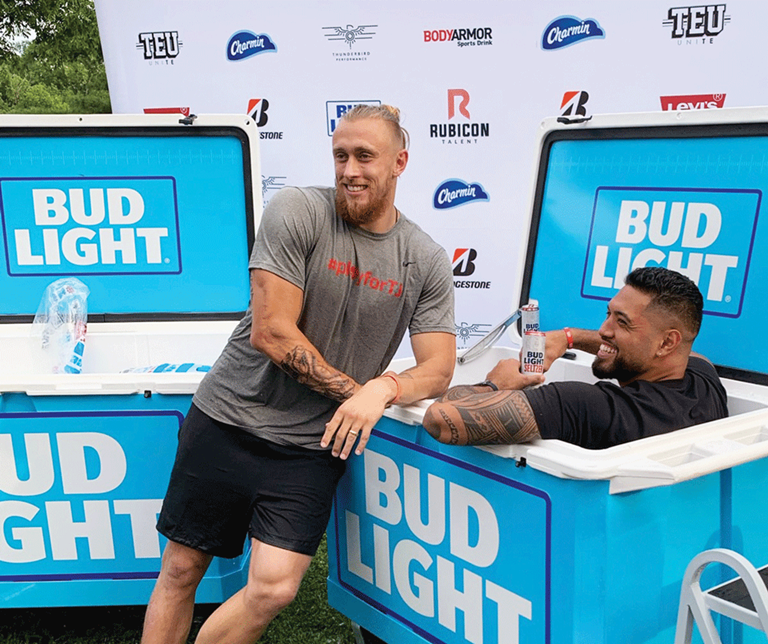 Genesco led renewal strategies and negotiations for Anheuser-Busch for its deals with the NFL, MLB and Madison Square Garden. Through its relationships with players like George Kittle (above) and Travis Kelce, the agency connected Bud Light with Tight End University as players exchanged best practices and trained together in Nashville during the offseason. Bud Light provided brand towels, branded cold tubs and merchandise as the partnership resonated on social media. The agency created and manufactured custom, Pepsi-branded belts to award to each NFL Rookie of the Week winner and partnered with Pepsi-affiliated teams to showcase the winner receiving their belt across their social channels. 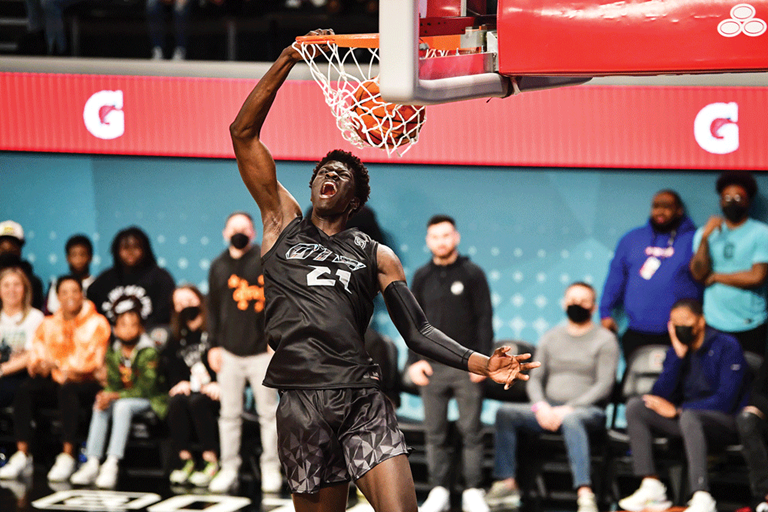 The agency’s successes include bringing together SAP and Apple with the NHL to create the Coaching Insights App for iPad, and establishing State Farm and Gatorade as the first two corporate sponsors of the innovative Overtime Elite basketball league. As part of its work with Google in its sponsorship of the WNBA, it created the “Most Searched” campaign that ran across linear, digital and social platforms, using Google Search data to identify what WNBA fans were searching for during games, then provided that information to fans to answer common questions in real time.

The Buffalo Bills and ADPRO Sports are proud to once again partner to recognize some of the best coaches that...

10:15 AM ETDan HajduckyCloseESPNHajducky is a reporter/researcher for ESPN. He has an MFA in creative writing from Fairfield University and...

The reconstituted Etowah County Mega Sports Complex board met for the first time on Monday and chose two of its...