COEUR d’ALENE — Kootenai Health is not for sale, nor is it on the brink of financial collapse.

The hospital and health care system is, however, facing a significant financial challenge, one driven by a national health care staffing crisis that Kootenai Health CEO Jon Ness has been alerting the community to for months.

At the same time, a change in Idaho law enacted July 1 paved the way for hospital districts like Kootenai Health to transition from being government-owned, with locally elected boards and taxing authority, to nonprofit organizations.

This update in the law, which affords hospital districts the same option long available to county-owned hospitals, has prompted Kootenai Health leadership to begin evaluating the potential advantages and disadvantages of such a move.

“It’s just an opportunity to make sure that what we’re doing for the community is the right thing,” said Katie Brodie, chair of the Kootenai Hospital District board of trustees, on Thursday.

Ness said he would take it a step further, and Brodie agreed.

“I think our board actually has an obligation to evaluate whether this is a good idea,” Ness said.

In a guest column published by The Press in June, Ness detailed a growing shortage of available medical professionals, primarily nurses, that has led to massive increases in labor costs throughout the hospital industry.

“Hospitals are going to experience both service and financial challenges,” Ness wrote last spring. “We simply cannot continue to do things the way they have always been done.”

That hospital staffing shortage, while exacerbated by the COVID-19 pandemic, was growing years before anyone in the U.S. had ever heard of a coronavirus.

A widely shared, national study published pre-pandemic in 2018 in the American Journal of Medical Quality projected a shortage of registered nurses that would continue spreading across the country through 2030. Shortages were forecast to be most intense in the South and the West.

“It was an extraordinary, once-in-a-century challenge for hospitals, and at Kootenai Health, we were really impacted by COVID-19, not just from the standpoint of how many patients we treated, but it created tremendous stress and fatigue,” Ness said Thursday. “Many people questioned why they were working in the industry … People left the health care industry in droves.”

Vaccine and mask mandates had less impact in 2020 and 2021 on health care workers’ exodus from the industry than other factors, namely burnout.

“If you don’t comply … you could be deemed to be ineligible to receive Medicare and Medicaid, which is 60% of the entire revenue of Kootenai Health,” Ness said. “We had to make that decision, as did every other hospital in the country. I’m not aware of a hospital that didn’t comply.”

The financial impact and the impact to the region’s health care — had the Kootenai Health board rejected a vaccination policy — would have been severe.

The need for more nurses during surges of COVID-19 drove hospitals nationwide to increase their reliance on a resource long used to bridge temporary staffing gaps — contract staffing firms that provide travel nurses.

The American Hospital Association reported in April that 95% of health care facilities hired nurses from contract labor firms during the pandemic. At the same time, there has been a nearly 120% increase in these firms’ recruitment of contract or travel nurses from pre-pandemic levels in January 2019 to January 2022. Meanwhile, the hourly rates charged to hospitals by staffing companies for travel nurses increased by 213% over the same time frame.

Ness said Kootenai Health is now spending an average $6 million per month on contract travelers. Back in 2019, before the pandemic took hold, the hospital spent $7.5 million on these workers for the entire year.

“The single source of our financial trouble is not anything wrong with our strategy or our financial stewardship. It’s labor costs and the use of contract traveler nurses,” Ness said. “It is one issue.”

He noted that all this is occurring at the same moment in time when baby boomers are retiring and leaving the workforce. The average age of a nurse in the U.S. is 50.

“And we have all these new residents moving to Kootenai County, 75% of which are 65 years old and older,” Ness said.

These new residents are predominantly out of the workforce and have a greater need for health care.

Every year, from 2010 to 2021, Kootenai Health met or exceeded its budget targets, Ness said, and the hospital maintained an A rating from Standard and Poor’s.

This year will be different.

“We are anticipating a budget shortfall, like virtually every other hospital of our size in the United States. The entire hospital industry is experiencing the same problem,” Ness said.

With a financial turnaround plan developed, the hospital has identified $35 million in savings and additional revenue to offset the loss. The No. 1 priority is to reduce contract labor costs and fill positions with regular employees. This includes efforts to retain and recruit employees by increasing pay for hard-to-fill positions along with other labor strategies including a hiring freeze and providing additional time off to help alleviate burnout.

As a hospital district with taxing authority, the Kootenai Health board has the power to levy taxes to help with the financial turnaround, but it’s unlikely it will.

“The makeup of this board is very conservative and taxing has very little time on the agenda,” Brodie said. “It is not discussed, even in the worst of times.”

Public to private, a new option

While addressing the financial situation is at the forefront of everyone’s mind at Kootenai Health, another issue has emerged for hospital leadership to consider.

For the first time, the Idaho Legislature and the governor have created a path for public hospital districts like Kootenai Health to transition to private nonprofit organizations.

When considered during the last legislative session, the statement of purpose for the bill that has now become law was: “This legislation updates statute to allow district hospitals the same options already available to county hospitals to lease or sell property to a qualified non-profit for the continuity of service in the community. It provides options for district hospitals to enable them to address future fiscal challenges.”

There are only two large hospitals, with more than 300 beds, in the Pacific Northwest that are public hospital districts: Kootenai Health and Evergreen Health in Kirkland, Wash.

“And Kirkland, Washington and Evergreen Health hold on to their hospital district because they maximize the taxing authority. Last year, they received $28 million from the residents in tax revenues,” Ness said. “Kootenai Health hasn’t used its taxing authority since 1995. And doesn’t get any of that tax revenue.”

Kootenai Health is unusual and unique in that it remains a public hospital district, he said. Out of 50 hospitals in Idaho, just eight are in the same situation and those are mainly very small, rural, critical care access facilities. The predominant model for hospitals in the U.S., Ness said, is the 501(c)3 nonprofit corporation.

Brodie said she thinks it’s an exciting opportunity for Kootenai Health to explore. She said she doesn’t think a shift to a nonprofit model would be a loss of local control because the elected board would remain in place and future members would be appointed by the board.

“We did say during all of this that this is not a precursor to selling the hospital,” Brodie said. “… It’s an untruth. There are no current plans.” 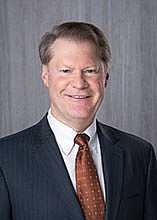 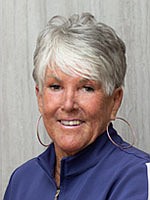 0
Previous post NITDA trains, empowers 200 kids in technology practice | The Guardian Nigeria News
Next post Over 50? It’s not too late for a new career | Senior Living

And although both sides are mum on the slow-going police contract negotiations, a new labor pact with another group of...